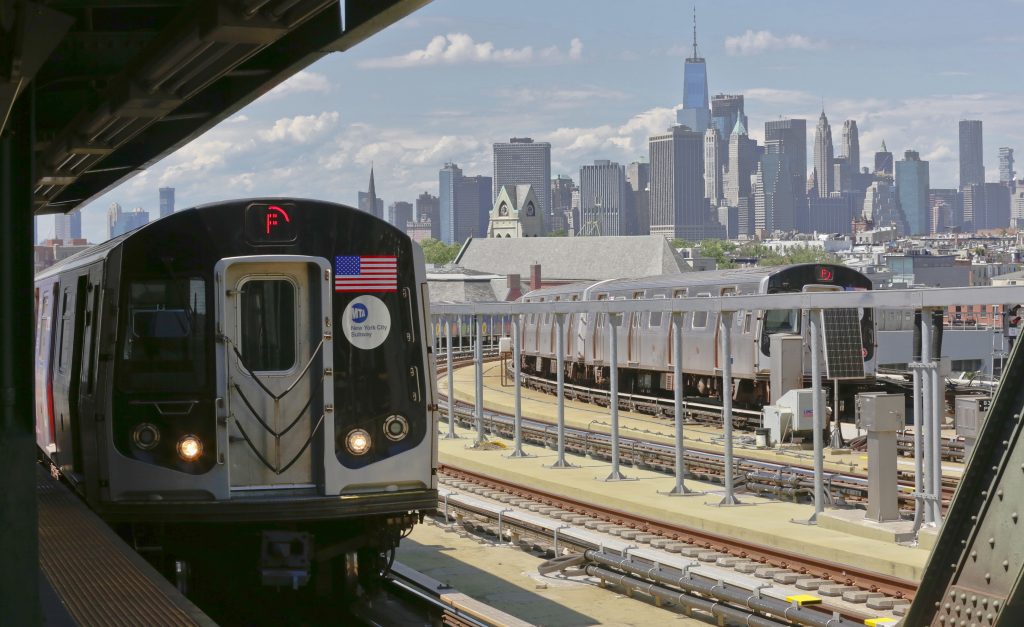 The proposal comes as Mayor Bill de Blasio and Gov. Andrew Cuomo, both Democrats, continue to squabble over responsibility for paying for repairs to the nation’s largest transit system that has seen growing delays, mechanical failures, power outages and even derailments.

Metropolitan Transportation Authority Chairman Joseph Lhota recently unveiled an emergency plan to stabilize the system. The governor offered to split the cost of the plan with the city, but the mayor refused to commit money to support it.

The mayor’s tax plan is meant as a long-term solution, not a quick fix, he said. It aims to generate nearly $800 million annually with the bulk of the money going toward capital upgrades to subways and buses, and must be approved by state lawmakers. A formal announcement was expected Monday.

“Instead of searching for a quick-fix that doesn’t exist, or simply forking over more and more of our tax dollars every year, we have come up with a fair way to finance immediate and long-term transit improvement,” de Blasio said in a statement Sunday.

The tax would increase the top income tax rate from about 3.9 percent to 4.4 percent for married couples who make more than $1 million and individuals making more than $500,000, city officials said. It would affect about 32,000 of New Yorkers filing taxes in the city, or just less than 1 percent, officials said.

“Rather than sending the bill to working families and subway and bus riders already feeling the pressure of rising fares and bad service, we are asking the wealthiest in our city to chip in a little extra,” de Blasio said.

The Rider’s Alliance said the push to help low-income riders “has never been so urgent.”

“It’s time to end a system where low-income New Yorkers have to skip meals, beg for swipes or even jump turnstiles in order to get to work or school,” executive director John Raskin said in a statement.

The current five-year transit system capital plan, which covers upkeep for the subways, the Long Island Rail Road and Metro-North, plus other pieces of the transit system, is about $29 billion. The city has pledged $2.5 billion and the state $8.3 billion, plus Cuomo recently pledged an additional $1 billion.

But that doesn’t include money for immediate repairs. Lhota, who proposed an $836 million emergency plan, said in a statement Sunday that the agency needs additional short-term funding now.

“There’s no question we need a long-term funding stream, but emergency train repairs can’t wait on what the state legislature may or may not do next year,” Lhota said.

Cuomo echoed the sentiment, calling on the mayor to fund the emergency plan.

“Riders suffer every day and delaying repairs for at least a year is neither responsible nor responsive to the immediate problem, or riders’ pain,” he said in a statement.

The number of subway delays has tripled in the past five years, to 70,000 per month, and rush hour cancellations and delays on the Long Island Rail Road were at the highest level in 10 years, according to a June report.

About 5.7 million people ride the subway on an average weekday.

The finger-pointing by city and state officials is due in part to the transit agency’s messy ownership structure. According to Lhota, 1981 law was meant to help the city during a major financial crisis, when it could not pay capital costs and the subways were in much worse shape than they are now. The state picked up the tab, but it was never meant to be permanent, he said.