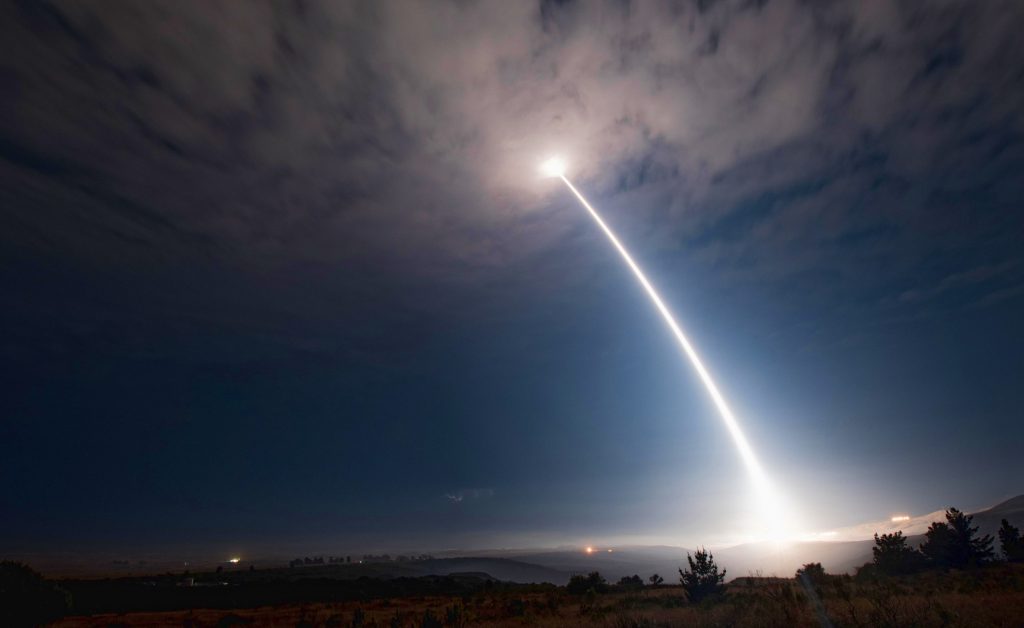 The U.S. Air Force successfully launched an unarmed intercontinental ballistic missile (ICBM) from California, the fourth such test this year.

The 30th Space Wing says the Minuteman 3 missile launched at 2:10 a.m. Wednesday from Vandenberg Air Force Base, about 130 miles northwest of Los Angeles.

An Air Force statement said the test would show the effectiveness, readiness, and accuracy of the weapon system.

Minuteman missiles are regularly tested with launches from Vandenberg that send unarmed re-entry vehicles 4,200 miles across the Pacific to a target area at Kwajalein Atoll.

However, the latest U.S. launches come amid tensions with North Korea as that nation develops its own ICBMs.

Flight data on North Korea’s most recent test, conducted Friday, showed that a broad part of the mainland United States, including Los Angeles and Chicago, is now in the range of Pyongyang’s weapons, according to analysts.

In response, the U.S. Air Force flew two B-1 bombers over the Korean Peninsula on Sunday in a show of force. The U.S. also said it conducted a successful test of a missile defense system located in Alaska.

Previous Minuteman ICBM launches this year were conducted in February, April and May. That month, the Air Force also conducted a test of a missile interceptor launched from Vandenberg. The interceptor destroyed a mock warhead over the Pacific.