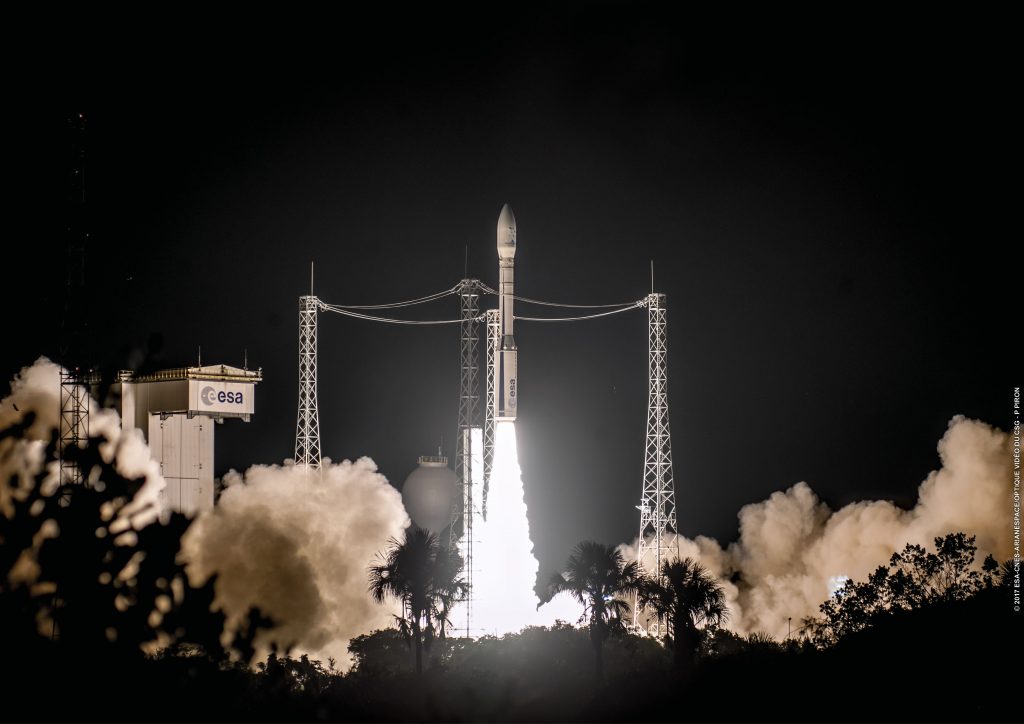 On early Wednesday morning Israel time, for the first time, two Israeli-made satellites were launched simultaneously, for defense and scientific research, from a location in French Guiana.

All went smoothly, and both satellites were already in Earth orbit and transmitting data on Wednesday. The first pictures from the Venμs satellite are expected in about a week. The satellite made its first pass over Israel at precisely 10:30 a.m., the first day of a 4.5-year journey.

Venμs — a product of IAI — is an earth observation and exploratory mission of the Israel Space Agency (ISA), a government body sponsored by the Ministry of Science and Technology and the French CNES space agency (Centre national d’études spatiales).

Its scientific objectives include study of vegetation patterns worldwide and the environment. It also is tasked with in-flight qualification of the Israeli Electrical Propulsion System.

The name of the satellite, Venμs, is an acronym which stands for Vegetation and Environment monitoring on a New Micro Satellite.

Venμs is equipped with a multi-spectral camera that can capture important details, some of them not visible to the human eye. The camera operates in 12 wavelengths that work simultaneously. It takes 12 simultaneous images of the same location — each in different spectral bands, including those in the near-infrared range. These separate images are processed into one very precise complete color photograph.

The second satellite sent up from Guiana Space Center was the OPTSAT-3000, an Earth observation program for the Italian Ministry of Defense. It comprises a high-resolution optical satellite and a ground segment for in-orbit control, mission planning and the acquisition and processing of images.

OPTSAT-3000 will furnish national defense entities with high-resolution images from any part of the globe.

The OPTSAT-3000 system is supplied by the prime contractor Telespazio, a joint venture between Leonardo (67 percent) and Thales (33 percent). The satellite and ground control systems were built by Israel Aerospace Industries (IAI) and selected by the Italian Ministry of Defense. OHB Italia is responsible for the launch services and related engineering support.