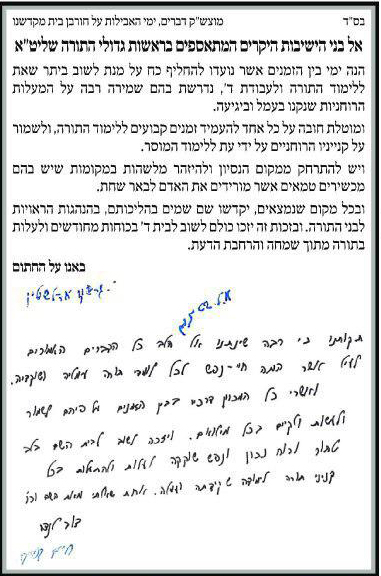 Hagaon Harav Gershon Edelstein, shlita, Rosh Yeshivas, Yeshivas Ponevez, in an open letter to all yeshivah bachurim concerning the bein hazmanim period, has called on them to set aside fixed times for Torah study, not to visit places where there are nisyonos, and to make a kiddush Hashem in their behavior.

The letter was read out to thousands of bachurim at an atzeres held on Motzoei Shabbos at the Tamir Halls in Yerushalayim.