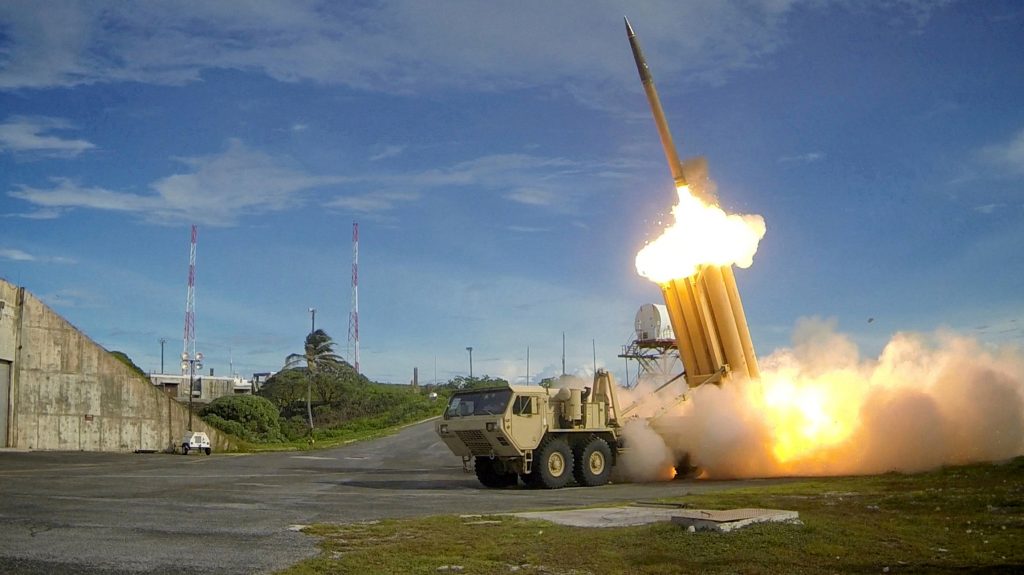 The United States said it shot down a medium-range target ballistic missile in its latest test of the country’s THAAD missile defense program, which is designed to protect the country against potential threats from countries such as North Korea and Iran.

The test, conducted over the Pacific Ocean, comes amid heightened tensions with North Korea, which on Saturday said it had conducted its own successful test of a long-range intercontinental ballistic missile (ICBM) that proved it has the capacity to strike America’s mainland.

The latest U.S. test of the Terminal High Altitude Area Defense (THAAD) system was planned well before North Korea’s latest missile launch, but it comes at a time of rising tension with the country since Pyongyang launched its first-ever test of an ICBM on July 4.

The Missile Defense Agency (MDA) said Sunday that the U.S. has now successfully intercepted test targets 15 times for its THAAD weapon system, though the latest test involved a medium-range missile, and not the long-range kind being tested out of North Korea.

Earlier in July, the U.S. conducted its first THAAD test against a long-range and intermediate-range ballistic missile similar to the kinds being tested in North Korea.

“In addition to successfully intercepting the target, the data collected will allow MDA to enhance the THAAD weapon system, our modeling and simulation capabilities, and our ability to stay ahead of the evolving threat,” said MDA Director Lt. Gen. Sam Greaves in a statement.