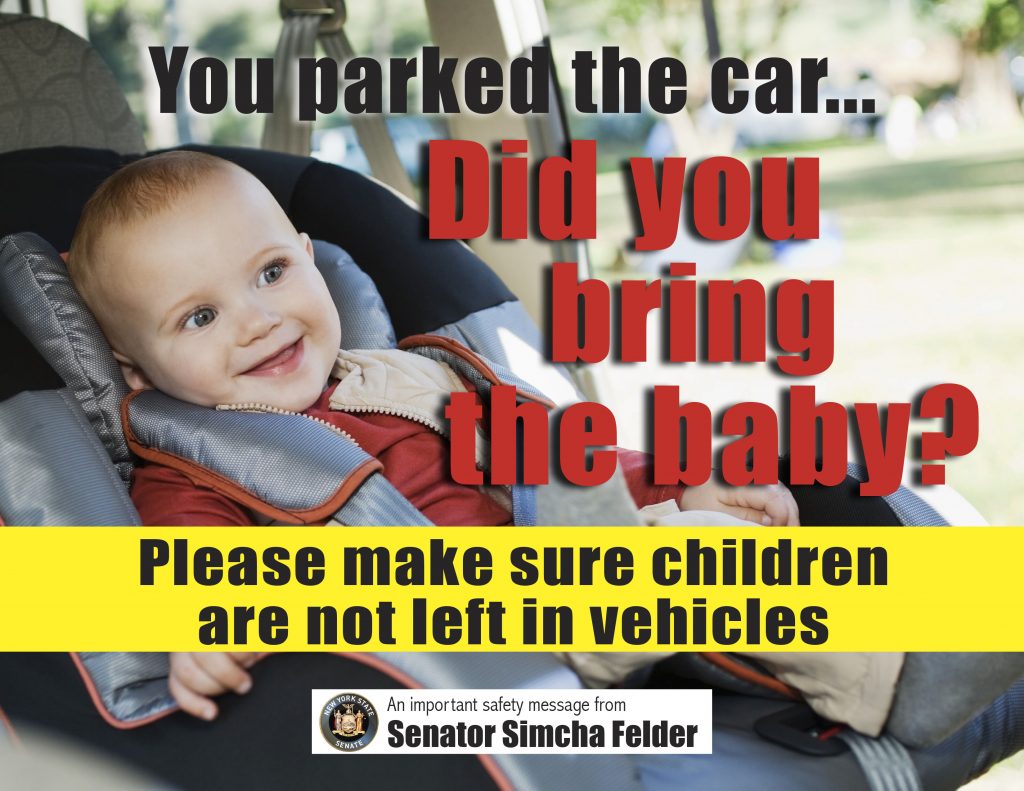 In recent years, there have been a number of horrifying, tragic instances of parents accidentally leaving children in the backseat of a parked car during a hot summer day. Now, New York State Senator Simcha Felder is providing free signs that he hopes will prevent these tragedies.

Felder notes that on a moderately warm summer day, temperatures inside a parked car can reach over 150 degrees in less than 10 minutes; a small child trapped inside could die in even less time than that.

“No one wants to think of a child accidentally left in a scorching car,” says Felder. “It’s a nightmare that takes place in broad daylight and on the sunniest days. Working together, we can prevent those nightmares.”

Felder’s solution? A simple sign showing a baby under the headline: “You parked the car …. Did You Bring the Baby? Please make sure children are not left in vehicles.”

Sen. Felder has been asking storeowners in his district to place the sign in their front window. “Everyone we approached has been responsive and cooperative,” says Felder. “They’re protecting children by being part of the solution.” To request a poster, call Felder’s office at (718) 253-2015.

“The more signs we have out there, the faster we can get our message to parents,” says Felder. “Together, we can prevent a forgetful moment from becoming an unthinkable tragedy.”