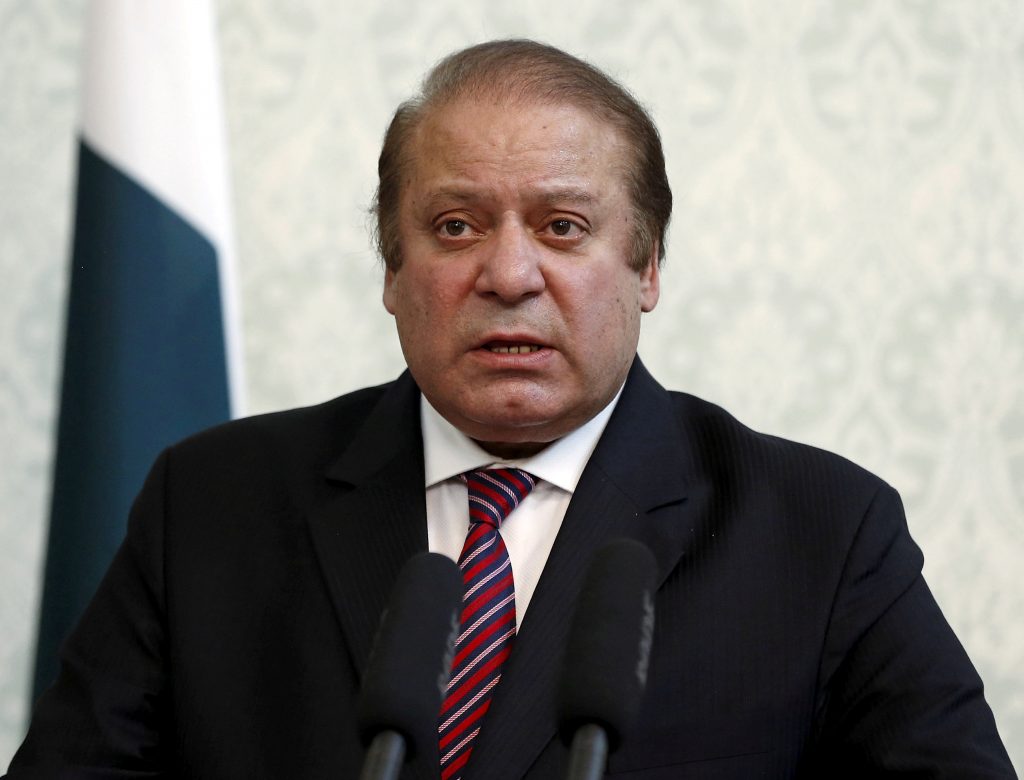 The Supreme Court dismissed Sharif after an investigative panel alleged his family could not account for its vast wealth. The court also ordered a criminal investigation against the premier and his family.

“He is no more eligible to be an honest member of the parliament, and he ceases to be holding the office of prime minister,” Judge Ejaz Afzal Khan said in court.

Sharif, 67, has always denied any wrongdoing and has dismissed the investigation into his affairs as biased and inaccurate.

Sharif’s allies have alleged there was a conspiracy to unseat him.

“This is not accountability, it is revenge,” tweeted Railways Minister Khawaja Saad Rafiq hours before the verdict was announced. “In an effort dislodge us, the democratic system has been made a target.”

Sharif’s two previous stints in power were also cut short, including by a military coup in 1999, but he came back from exile to win a resounding victory in the 2013 general elections.

His ruling PML-N party, which has a majority in the parliament, is now expected to appoint a new prime minister.