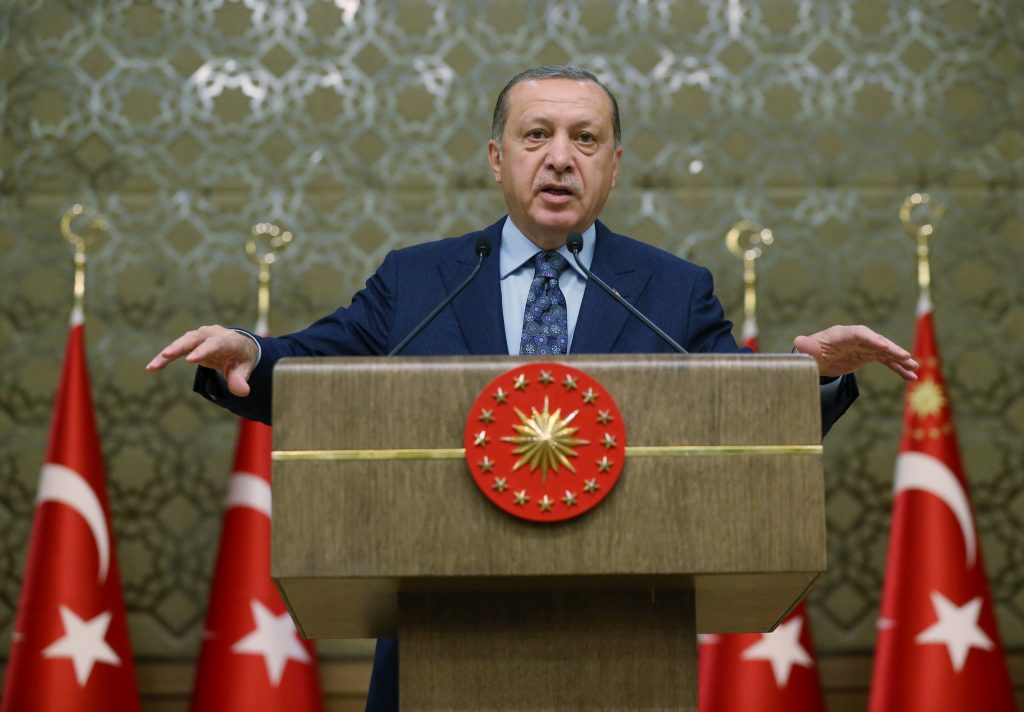 As senior government officials from Ankara prepare to meet with their European Union counterparts, Turkish President Recep Tayyip Erdogan is making clear that he will not bow to pressure over human rights concerns.

“The West wants Turkey to bring about their demands, no questions asked,” Turkish President Recep Tayyip Erdogan said on Tuesday in Ankara. “I am sorry to say that Turkey no longer exists.”

Erdogan’s provocative comments were to his party’s legislators, shortly before his foreign minister, Mevlut Cavusoglu, and EU affairs minister, Omer Celik, were to meet with the EU high representative for foreign affairs, Federica Mogherini, in Brussels. The parties are expected to discuss, among other things, Turkey’s bid for EU membership and visa-free travel, as well as immigration and the fight against terrorism.

But human rights activists are also urging the EU to use the opportunity to raise the issue of the mass detention of opposition and civil society figures who are among the over 50,000 people detained in Turkey since the failed July 2016 coup.

Seventeen journalists charged with membership in a terror group from the independent paper Cumhuriyet are among those detained. Their trial began on Monday. They maintain that they were simply doing their jobs as journalists. Turkey detained more journalists than any other country in 2016, according to the Committee to Protect Journalists.

A provisional verdict is expected Friday. Some see the court proceedings as a test for the independence of the judiciary in Turkey.

At least in the past, however, Erdogan has resisted outside attempts to pressure Turkey on human rights. After a German human rights activist was detained three weeks ago, Germany threatened to withhold backing investments in Turkey.

“Those who carried out history’s most merciless, bloody, vicious massacres during the first and second world wars should not lecture us on humanity,” Erdogan responded.