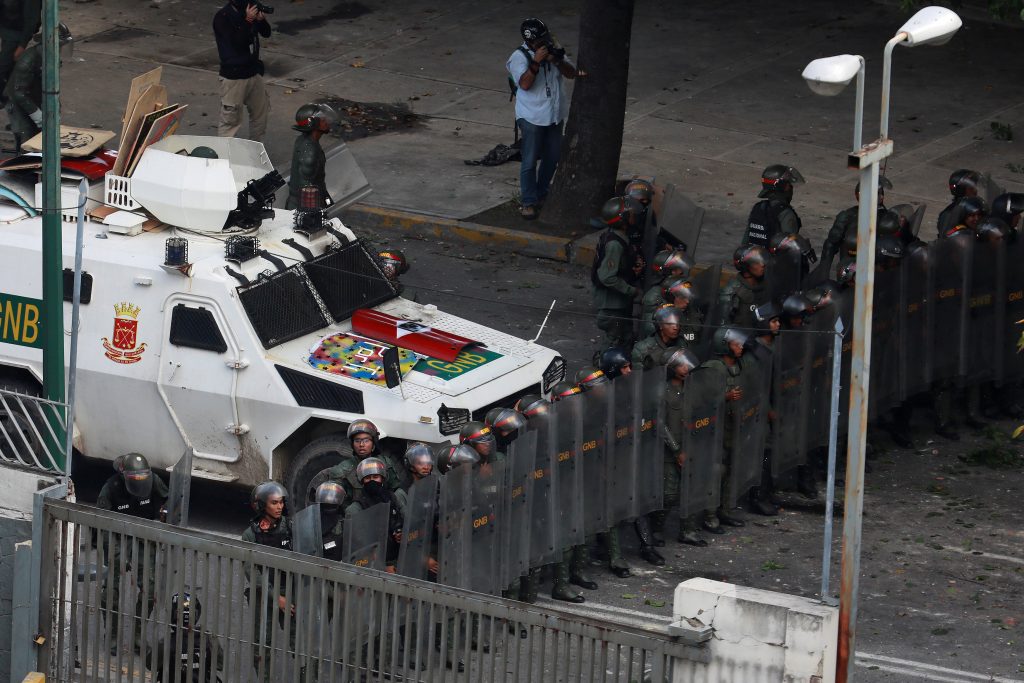 Thousands are fleeing the chaotic conditions in Venezuela, among them 26 Jews who immigrated to Israel this week, The Jerusalem Post reported on Wednesday.

While the government is set to vote on July 30 to establish a body to rewrite the constitution, basic goods and services have been disrupted by economic malfunction and social stability has been disintegrating in almost daily running battles between police and youths in the streets.

“The situation is very hard,” Michal Levy, 35, said on Wednesday, after arriving in Israel with her three children.

“It’s hard to get basic things like bread and flour,” Levy said, adding that people are staying home to avoid the rioting.

Levy’s son suffers from a skin allergy for which he requires medication, which has not been available in recent days, and there is a constant fear of kidnapping for ransom.

“Three months ago we understood we couldn’t continue living here,” she said. “For more than a week you can’t leave the house – it’s not simple.”

Levy’s family is heading to Rishon LeZion. Other Jewish Venezuelans are leaving for Panama or the U.S.

An estimated 5,000-9,000 Jews remain in Venezuela, 1,400 of whom are elderly and about 500 children. Seven hundred families reportedly receive support from community welfare agencies.