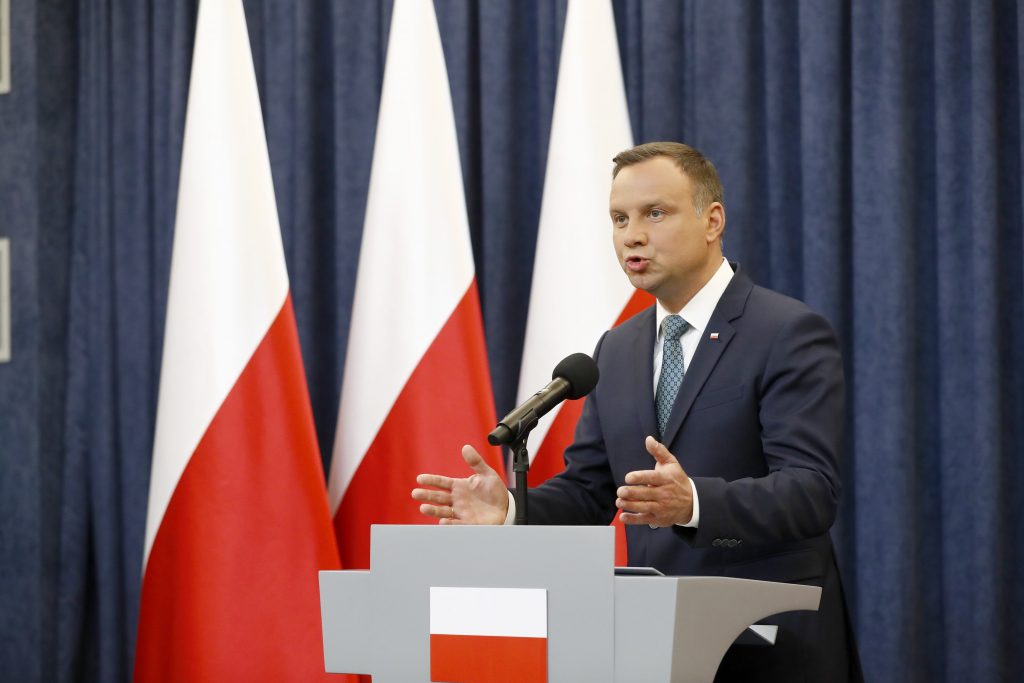 Polish President Andrzej Duda said on Monday he will veto two of three bills reforming the country’s judiciary system, easing worries that the ruling Law and Justice party will undermine the division of powers.

“I have decided that I will send back to Sejm [lower house of parliament], which means I will veto the bill, on the Supreme Court, as well as the one about the National Council of the Judiciary,” Duda said after days of mass street protests.

“What we had was not a reform, but appropriation of the courts. I congratulate all Poles, this is a great success, really,” Katarzyna Lubnauer, head of the parliamentary caucus of the opposition party Nowoczesna.

Polish currency zloty immediately rose against the euro, as investors saw the decision as lowering the political risk in Poland.

Observers say Duda’s decision puts him at odds with the de facto leader of the country, Jaroslaw Kaczynski, who is the leader of PiS but has no formal government post.