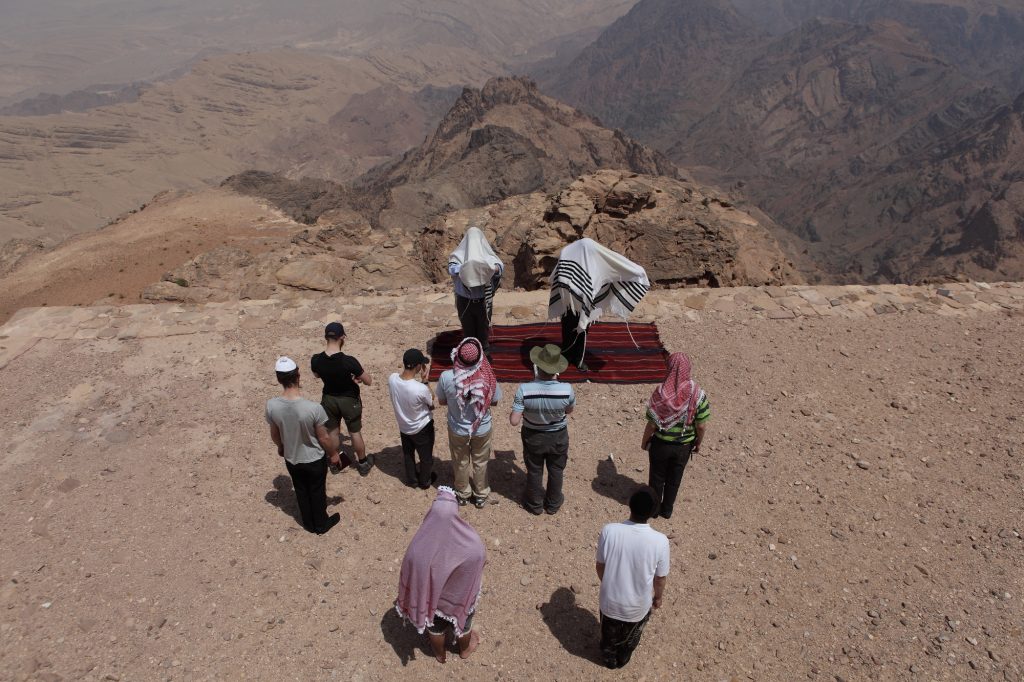 A group of chareidim visiting Jordan to daven at Kever Aharon have been threatened with jail if they daven anywhere in the country, and were advised by the Israeli Foreign Ministry to cut short their visit amid a surge of anti-Israel feeling in the country over the Har HaBayis troubles and the self-defense killing of two Jordanians by an Israeli embassy employee on Sunday.

Rabbi Menashe Zelicha of Bnei Brak told Radio Kol Chai that the police warned his group, which was there to visit Kever Aharon near Petra, that “it is forbidden for Jews to pray in all of Jordan.”

“We are not allowed to pray in the morning: no tefillin, no tallitot, nothing — we cannot pray, even in the hotel, even inside our room,” Rabbi Zelicha said. “Policemen came into the hotel and were shouting and went wild, saying that in a minute they would take us out of Jordan if we made even a tiny squeak. They told us, ‘Whoever prays will be taken to jail.’ ”

Foreign Ministry spokesperson Emmanuel Nahshon confirmed the incident to The Times of Israel. “It emerged that they were not allowed [to show] any religious symbols,” he said of the incident which occurred either Sunday or Monday.

Zelicha recounted that their problems started before they entered the country, at the border crossing. Guards “began checking the suitcases and checking everything. They refused to let us bring in books. They removed the tallitot, the tefillin; they removed one person’s tzitzit.

“One guy had on him a driving-test booklet; they took it. They took people’s kippot. People were left with only their shirt and trousers.”

Israeli diplomats in Jordan told the tourists to “lower their profile and to listen to instructions from the police,” Nahshon said, advice which is often give to tourists in a country in which such incidents have occurred before.