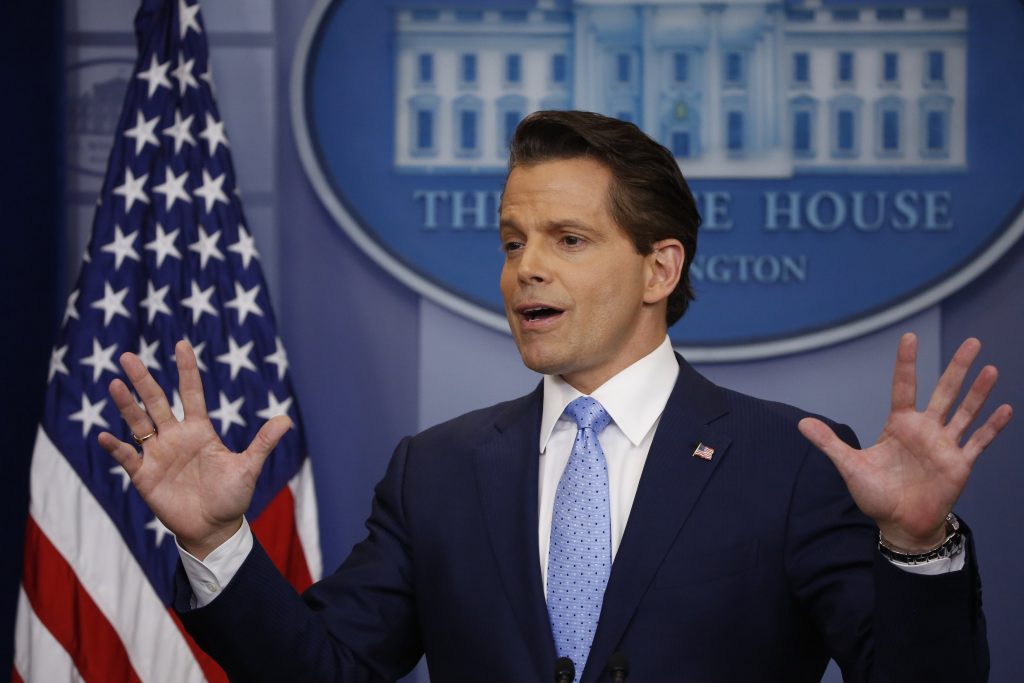 Anthony Scaramucci, President Donald Trump’s new communications director, said on Sunday that one of his first tasks will be to halt leaks and that staff on his team would be fired if the leaks do not stop.

“If we don’t get the leaks stopped, I am a businessperson, and so I will take dramatic action to stop those leaks,” Scaramucci said on Fox News.

Scaramucci told CBS’s Face the Nation that leakers are “actually un-American,” and that he would lead a team meeting on Monday.

The hiring of Scaramucci, a Wall Street financier and Republican fundraiser, brings a combative style to the White House press office as President Donald Trump lashes out at probes into whether his campaign colluded with Russians during the 2016 campaign.

Special counsel Robert Mueller is looking into any relationships or contacts between Trump campaign officials and Russia during the election, but Trump has not been accused of any wrongdoing by federal investigators.

Scaramucci was forced to deal with leaks on his first days on the job after The Washington Post reported last week that Trump and his legal team had examined presidential powers to pardon aides, family members and potentially himself.

Trump wrote on Twitter on Saturday that leaks against the administration are a “crime” and that he has “complete power to pardon.”

Scaramucci said Trump only tweeted about the issue of pardons in reaction to the leak. Trump “doesn’t like the fact that he has a two-minute conversation in the Oval Office or in his study and that people are running out and leaking,” about the administration examining legal options of pardons, Scaramucci, who reports directly to Trump, said on CBS. “There’s no need for him to pardon anybody,” he said.

And Scaramucci, who has at times supported Democrats, spent part of the weekend deleting some of his own past tweets on subjects that run counter to Trump administration policy, such as taking action on climate change. Explaining the deletions, Scaramucci wrote on Twitter that “past views evolved & shouldn’t be a distraction.”