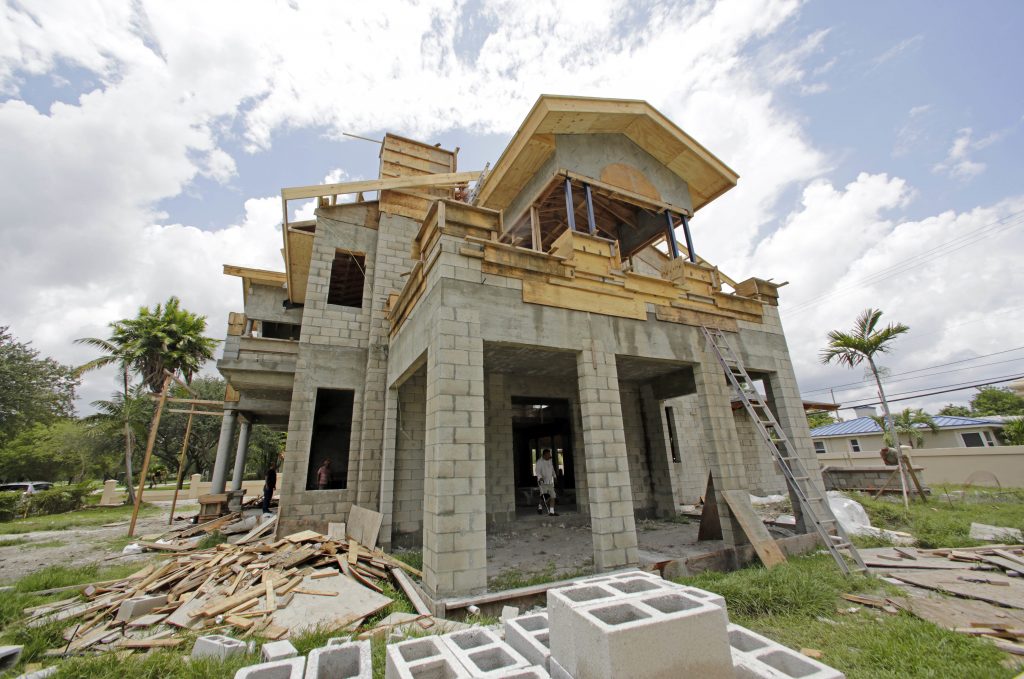 U.S. homebuilders are feeling less optimistic about their sales prospects, although their overall outlook remains positive.

The National Association of Home Builders/Wells Fargo builder sentiment index, released Tuesday, declined to 64 this month. That’s down two points from a downwardly revised reading of 66 in June and the lowest level since November.

The July index fell short of analyst predictions, which called for a reading of 67, according to FactSet.

Readings gauging builders’ view of sales now and over the next six months also fell from last month. A measure of traffic by prospective buyers also declined.

Sales of new U.S. homes are running ahead of last year’s pace, reflecting strong demand for homes as the economy has continued to create jobs, pulling the unemployment rate down to a healthy 4.4 percent.

All told, new-home sales hit a seasonally adjusted annual rate of 610,000 in May, up 2.9 percent from the previous month and an 8.9 percent gain versus the same month last year. June new-home sales data are due out next week.

A tight supply of existing homes on the market has also helped heighten demand for newly built homes, pushed prices to new highs.

But a shortage of available building lots has tempered new construction.

Construction of new homes fell for a third straight month in May, declining to a seasonally adjusted annual rate of 1.09 million units. While home construction through May remained 3.2 percent higher in the same period last year, the slowdown in the pace of construction could limit sales.

In addition to a thin supply of available land parcels cleared for home construction, builders continue to grapple with a shortage of skilled construction workers and rising materials prices, particularly lumber.

This month’s builder index was based on 354 respondents.

A measure of current sales conditions for single-family homes fell two points to 70, while an outlook for sales over the next six months slid two points to 73. Builders’ view of traffic by prospective buyers declined one point to 48.