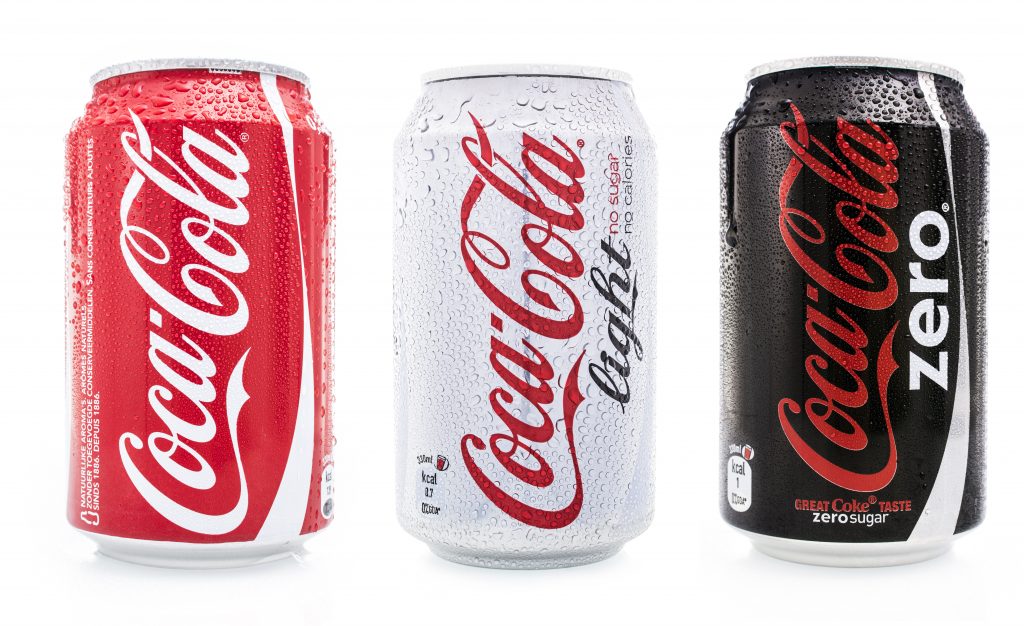 Over the past decade, Americans have soured on artificial sweeteners.

Once heralded as sweet substitutes for sugar without as many belt-busting calories, people once couldn’t get enough sucralose and aspartame. But recently, people have started looking at the molecules with increasing suspicion, amid studies that linked them to increased belly fat — and bogus but widespread rumors that they led to things much worse.

But their draw remained because of the simplest of math equations: Fewer calories means fewer pounds.

Both the American Diabetes Association and the American Heart Association gave their stamp of approval to artificial sweeteners with statements listed on their websites in 2014, and Americans ate it up.

But an international group of researchers has tried to figure out whether low-calorie sweeteners really live up to their promise over time. Meghan Azad, a researcher at the University of Manitoba, and others reviewed dozens of studies about the long-term health effects of sugar substitutes, trying to see whether there was a prevailing trend.

There was, and you may want to have a drink before you hear about it. Maybe a sugary one.

The study found that not only were artificial sweeteners dodgy when it came to weight management, but people who drank them routinely had an increased body mass index and risk of developing cardiovascular disease.

“I think originally it was calories were the problem, and we’ve made something that was zero calories, so we’re good,” Azad told The Washington Post. “But we’re learning that it’s not just about the calories.”

A lot hangs in the balance. The U.S. market for sodas contracted 0.6 percent between 2011 and 2016, The Washington Post’s Caitlin Dewey reported; and Americans have embraced healthier alternatives. But close to half of adults and a quarter of children consume artificial sweeteners every day, according to the Journal of the Academy of Nutrition and Dietetics.

Many mistakenly believe that a diet soda or two a day is good for them, the same as swigging water, Azad said. Others may be inadvertently consuming artificial sweeteners in products such as yogurt and granola bars.

“We need more evidence from better quality studies to know for sure the cause and effect, but there does seem to be at least a question about the daily consumption of these drinks,” she said.

Until those studies are done, Azad stressed that people should take these early results with a grain of aspartame. For example, most of the studies aggregated in her research focused on people who were actively trying to lose weight or who had other medical conditions, such as high blood pressure.

Still, across the studies they evaluated: “Nonnutritive sweeteners (are) significantly associated with modest long-term increases” in body weight, BMI and waist circumference, the researchers concluded.

Belly fat, or visceral fat, has been linked to a greater chance of cardiovascular disease, Type 2 diabetes and insulin resistance, as The Post’s Lenny Bernstein wrote. High waist circumference is also one component of metabolic syndrome, a constellation of health risk factors that also includes high triglycerides, blood pressure and blood glucose.

William Cefalu, the chief scientific medical and mission officer for the American Diabetes Association, reviewed Azad’s study after being contacted by The Washington Post.

He said that artificial sweeteners are still a good tool for diabetics trying to reduce carbohydrates and tightly manage their blood-glucose levels. But he stressed moderation, and agreed that more studies about the long-term effects of artificial sweeteners were needed — particularly on people with diabetes.

“What would be the most definitive thing is a randomized controlled trial in individuals with diabetes in which you could actually measure the intake and adherence,” he said, adding that the ADA updates its standards of care every year based on similar studies. “In these observational studies, it’s really hard to be precise because of self-reporting.”

A link between artificial sweeteners and weight gain appears to exist, Azad said, but the reason is elusive.

The reason could be in people’s heads, as consuming a steady stream of artificially sweet foods might make people more likely to choose calorie-packed sweets the rest of the time. Or the mechanism could be a function of the gut, Azad said. She specializes in gut bacteria and theorized that diet drinks could affect the makeup of the small organisms in the digestive tract, which can affect digestion and overall health.

The causality could go in the other direction, too — people who are gaining weight for other reasons may seek out more artificially sweetened foods. Or, as other research has shown, people who go on diets (and who may be more likely to drink diet sodas) often lose weight but then gain more afterward.

She and other researchers are seeking answers. For now, she said, the best advice is for consumers to not automatically assume artificially sweetened foods are the healthier alternative.

“I think there’s enough association and questions out there that it made me rethink what I do on a daily basis,” she said. “I used to sweeten my coffee with Stevia in the morning, and when I wanted a fizzy drink, I’d get a Diet Coke. Now I just use milk and I drink sparkling water.”