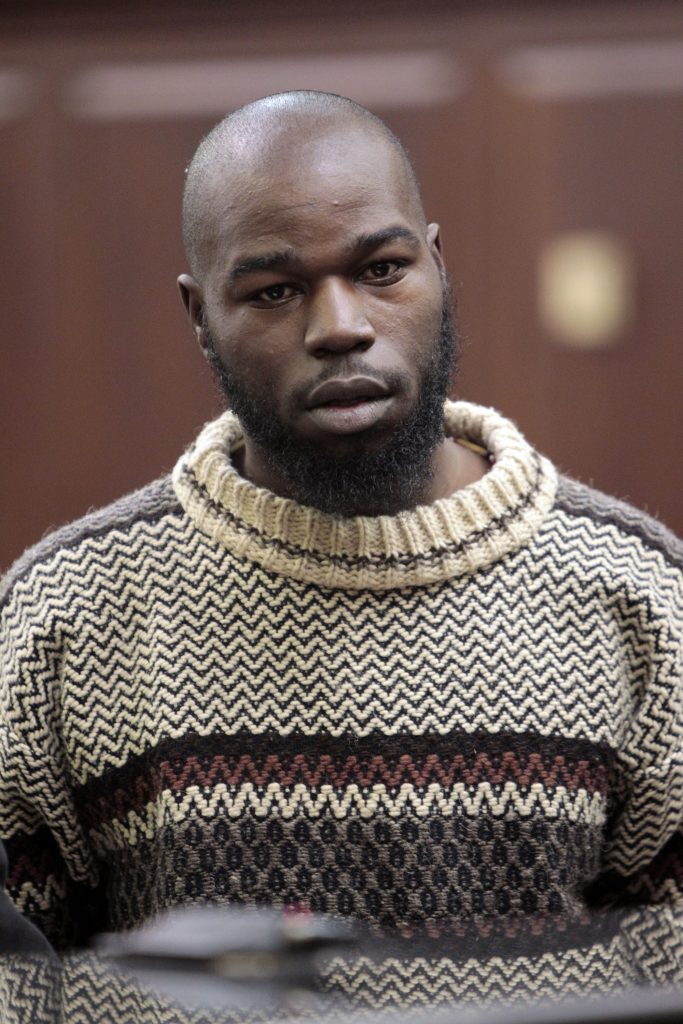 A man accused of killing a stranger by shoving him onto subway tracks, where his imminent death by an oncoming train was captured in a photograph splashed across a newspaper front page, was acquitted Monday of murder and other charges.

Naeem Davis, 34, had said he was defending himself when he pushed Ki-Suck Han off a train platform near Times Square in December 2012. He said the 58-year-old was the drunken instigator of the deadly altercation.

In court papers, Davis said that after the two accidentally bumped into each other, Han followed him down the platform, berated him with obscenities, grabbed his shoulder and hurled death threats. Davis claimed that after the accidental bump, Han began yelling, “I’ll kill you!” He also said Han was staggering and slurring his words.

“I don’t know you, you don’t know me!” Davis said he responded before trying to walk away.

A video made by a bystander showed Davis telling Han to leave him alone.

Davis said that after Han tried to grab him, he pushed him away and described Han falling “head first onto the tracks and rolling like a bowling ball,” according to court papers.

Prosecutors brought a murder charge against Davis, arguing he had shown a “depraved indifference” to Han’s life. He also was charged with manslaughter and criminally negligent homicide.

On that day, at least a minute passed before the train hit Han, with none of the nearby bystanders attempting to aid the man. The scene was captured by a tabloid news photographer and set off debates about ethics and journalism. The photographer said at the time he was trying to alert the train operator by flashing his camera.

In written and videotaped statements, Davis admitted watching as Han tried in vain to climb off the tracks before the train struck him, according to a prosecution document.

Davis said he “freaked” and fled.

A spate of New York City subway deaths followed, including that of a rider who was pushed into the path of an approaching train by a muttering woman, a stumbling woman who fell onto the tracks, a man who fell while climbing between subway cars and a man who apparently jumped under a train.

The deaths spurred conversation about what steps if any could be taken to install any kind of safety barriers on platforms.