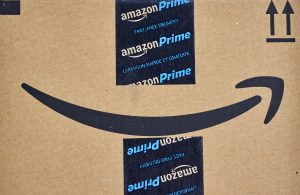 The announcement was vague on specifics but underscored how much third-party sellers have been using Amazon as a sales outlet and their increasing importance to Amazon’s bottom line.

Marketplace, as the online platform catering to third-party businesses is known, has become one of the pillars of the company, generating billions of dollars in income by charging merchants fees to sell products on Amazon’s site and, with increasing frequency, by storing these products and shipping them in the merchants’ stead.

Amazon first launched Prime Day in 2015. It’s a day on which both Amazon and many of the retailers operating on its site offer discounts exclusively to members of the company’s $99 a year Prime loyalty program.

For Amazon, it serves as a lasso to rope in new members, and as a way to test the robustness of its logistics in an otherwise dead period for retailers.

The company said the latest Prime Day was its biggest day ever, with global sales surpassing last year’s by 60 percent. Analysts estimate the blockbuster sale could have added more than $1 billion to Amazon’s topline.