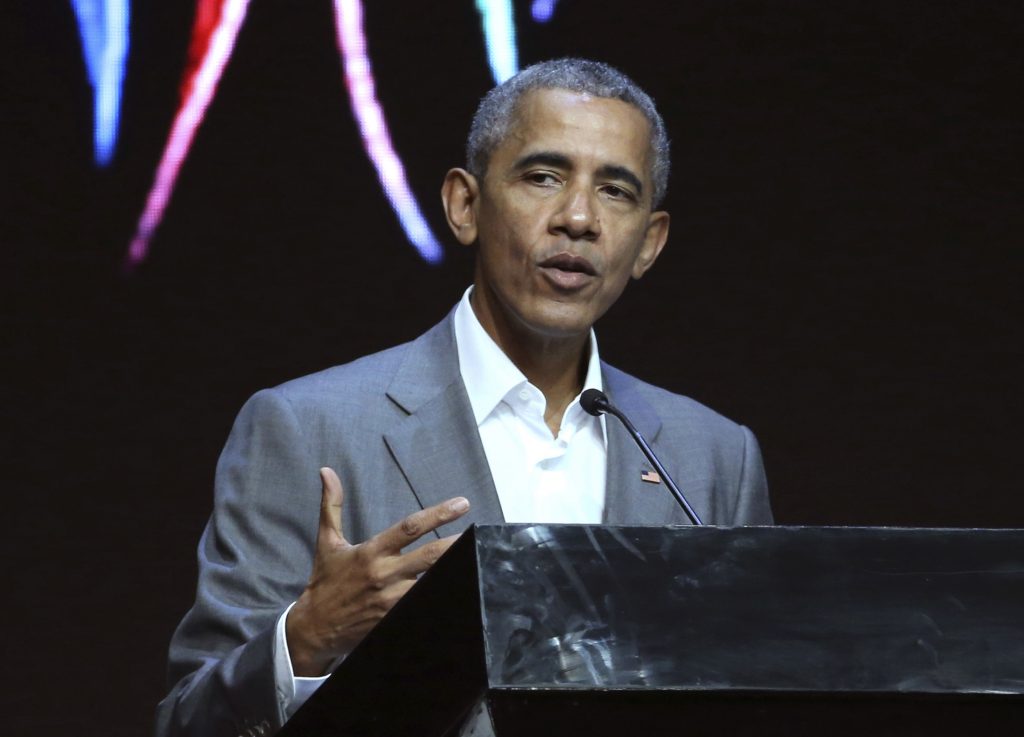 Former President Barack Obama will appear at a Democratic fundraiser in the nation’s capital later this week, one of the first times he has appeared on behalf of party causes since leaving the White House.

Obama will appear at a fundraiser for the National Democratic Redistricting Committee at a private residence in Washington, D.C. on Thursday.

“Restoring fairness to our democracy by advocating for fairer, more inclusive district maps around the country is a priority for President Obama,” spokesman Kevin Lewis said Monday.

Before he left the White House, Obama said that redistricting will be a top political priority in his post-presidency and admitted he failed to create a “sustaining organization” around the political coalition that twice elected him to office.

After the 2008 election, Republicans poured money into state legislative races so they could control the round of redistricting that took place after the 2010 census. That byzantine process can have a huge impact on political power: During Obama’s presidency, Democrats lost more than 1,030 seats in statehouses, governor’s mansions and Congress.

The NDRC, chaired by Obama’s former attorney general, Eric Holder, will devote legal and political resources to the next round of redrawing state districting maps after the 2020 census.

Obama has mostly worked on causes related to his foundation and future presidential library since leaving the White House, and is unlikely to appear at many other fundraisers before the end of the summer.

The former president has mostly stayed out of Washington politics and has avoided mention of his Republican successor in the White House, although he has spoken out publicly in opposition to congressional Republicans’ attempt to repeal his signature health care plan.

The fundraiser will be closed to the media, officials said.