Politics Analysis: On North Korea, Trump Doesn’t Have to Worry About a Political Battle
Politics 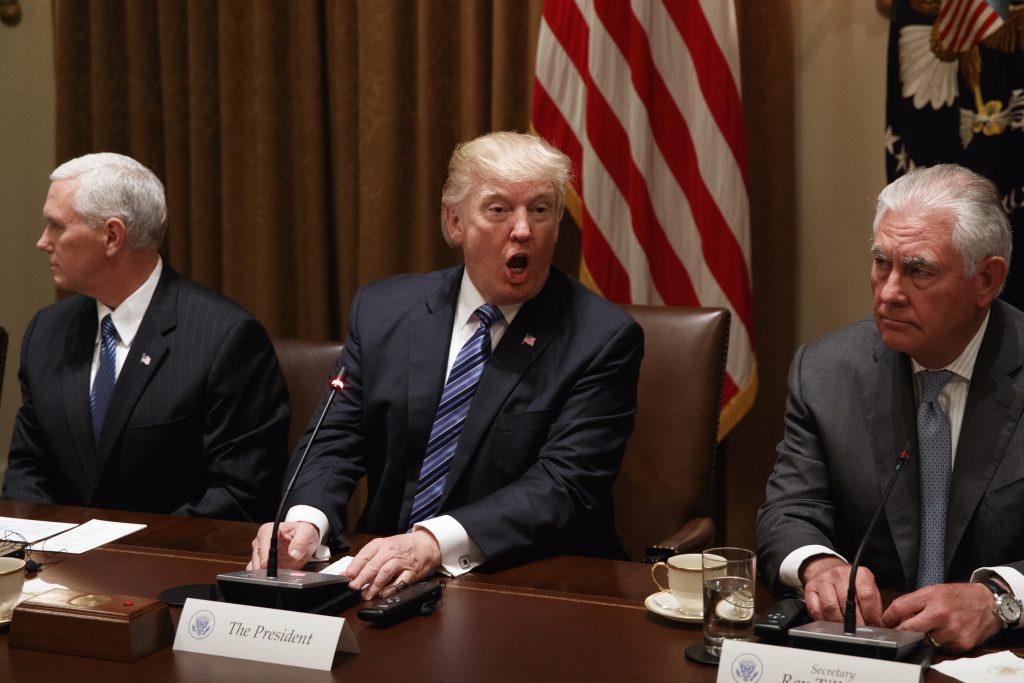 North Korea surprised the world on Tuesday when it successfully tested a missile that could carry a nuclear warhead and could have landed in Alaska. The world is arguing about how to respond: Self-restraint? War? Something in between?

There are no easy answers. But unless President Donald Trump and the international community decide to do something really crazy, their next step will probably be OK with Congress.

Since North Korea escalated its missile capability over the past few years, there’s been a “surprising” amount of political agreement in Washington about how to deter the rogue country without setting it off, says Victor Cha. Cha is a North Korea expert who served in the George W. Bush administration and is now the Korea Chair at the bipartisan Center for Strategic & International Studies.

I called Cha up to get a feel for the political climate surrounding Trump’s reaction to North Korea; our conversation has been lightly edited for clarity and length.

When you heard North Korea successfully tested this, what was your first thought?

CHA: It’s dangerous on multiple levels. Just a couple months ago, people were saying that this might happen at the end of Trump’s term in office. So, they achieved their goal, but they did it faster than anybody had expected. And that is a trend, I think, since December of 2012 when they were first able to put a satellite into orbit, North Korea has really accelerated their missile technology beyond anybody’s estimation.

Since this was moving so quickly, do you think Trump got caught off guard?

When Obama handed off things to Trump, Obama told Trump that this was going to be a major issue. A number of us were saying: This is going to be the No. 1 issue when Trump takes office. During Obama’s two terms in office, North Korea did 64 ballistic missile tests, whereas in the previous 14 years, they had done only 17 tests.

After his conversation with Obama and North Korea did six ballistic missile tests since he’s been elected, my understanding is Trump’s actually taking on quite a bit of knowledge on this issue. He’s gotten very smart on it very quickly just because he’s had to.

Has the U.S. typically been unified in how to deal with North Korea, or will Trump face a political battle in what he wants to do next?

I think there’s pretty good unity between the administration and Congress on the issue. There’s very little disagreement between Republicans and Democrats on North Korea. Congress has put forward a number of different sanctions bills against North Korea that have been quite effective.

There used to be a debate about whether engagement or sanctions was the right way to go. When [President] Clinton did an agreement with North Korea, Republicans were against it. Sanction bills started to take formation in the second half of the Obama administration, particularly when many in Congress felt like the strategic patience policy of Obama wasn’t really going anywhere, it was kind of treading water, meanwhile North Korea kept testing missiles.

The problem is not the U.S. government. The problem is China. China doesn’t want to cut off its little communist brother, even though that brother is misbehaving.

Trump’s been very transparent about his focus on China.

Trade between China and North Korea grew almost 40% in the first quarter. So much for China working with us – but we had to give it a try!

If you look at what he tried to do in North Korea, it all kind of makes sense. He looked at the situation, he realized North Korea needed money to develop these programs. Eighty-five percent of that trade is with China, so you go to China – and that’s what he did in Mar-a-Lago in April – and you cut them off.

It was clear he didn’t believe the Chinese were doing enough, so last week he took the first step, which was to treat China not as part of the solution, but as part of the problem. He sanctioned them (a small Chinese bank). And he’s moved a lot of military assets through the region, like aircraft carriers, to try to demonstrate a more muscular policy than the previous administration. Those seem like logical steps. I don’t know what else he could do.

Is it normal to see the president think all this through out loud?

….and Japan will put up with this much longer. Perhaps China will put a heavy move on North Korea and end this nonsense once and for all!

These are not normally things the U.S. president says out loud. He might think it. From an academic perspective, it’s fascinating; you’re actually getting a real-time look on how he thinks when he hears something like this. But whether that actually helps the situation, I don’t know.

If Trump makes a decision Congress doesn’t agree with, or feels he isn’t taking this seriously, is there anything Congress can do?

The president can’t go to war without Congress. But he can issue sanctions unilaterally because of the USA Patriot Act (which allows the administration to sanction a country that threatens the U.S.’s national security).