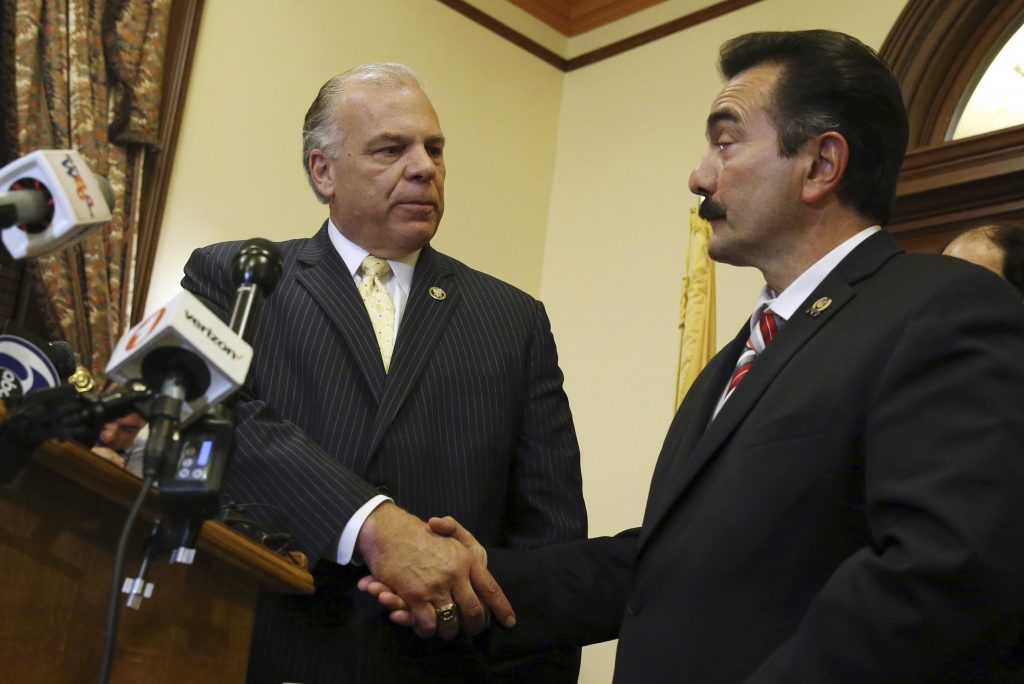 After much drama and finger pointing, Governor Chris Christie signed a budget for the coming year, which, among its many allocations, contains significant funding increases for all private schools in the state.

Assemblyman Gary Schaer (D-Passaic), who chairs the budget committee, has advocated for increased funding for private schools for several years. He said he was “happy” with the nearly $6-million increase from the state’s last budget.

“It’s been a grueling few weeks and certainly [the last few] days, but the bottom line is that the money is going to the community,” he said. “The increases are substantial and, G-d willing, next year it will be even more.”

Leading the increases was a rise of funding for security spending which will now be allotted at a rate of $75 per child to private schools. The budget also includes a $2 million increase for technology equipment and $1 million more for nursing services as well as several smaller items, in total adding up to $14.3 million, $6 million more than last year’s appropriation.

Security funds were initially not included in the governor’s proposed budget submitted in March, but were added in the Assembly’s counterproposal. Money for private schools, like many items in the $37 million bill, was signed into law at the close of the four-day standoff in exchange for legislation that gives the state more control over Horizon, its largest health-care provider. Due to the nature of the political battle, which closed multiple state agencies for its duration, the legislature’s budget plan was approved carte blanche, without being scrutinized by the governor as it usually is.

Rabbi Avi Schnall, director of Agudath Israel of America’s New Jersey office, told Hamodia that he had worked closely with legislators on reinstating security funding following the governor’s initial move to strike the item and was “very grateful” the amount was increased.

Another noteworthy development is a commitment to raise the levels given to nonpublic school parents who receive a check for “aid in lieu” of transportation. The state currently gives a check of $884 per year for children who have no convenient bus route. The bill stated no specific amount, but made a commitment to reassess the allotment. It could have broad implications for Lakewood’s mosdos whose transportation is now run by a consortium that receives a lump sum from the state based on the “in lieu” amount.

A centerpiece of the budget for legislators was a $125 million package to struggling school districts intended to correct inequities in the state’s funding formula. There was hope that the Lakewood district, which suffers from perennial budget deficits, would be a recipient. However, in the aftermath of an $8 million loan to the district this year to save 100 teachers’ jobs and a host of programs, the legislature was hesitant to dole out much more to the town, especially given the tight financial situation in the state.

“Lakewood has several complications and requires discussion and debate,” said Assemblyman Schaer, referring to the uniqueness of a district containing 6,000 public school children and roughly 30,000 who attend nonpublic schools, as well as a prior open loan.

“It’s clear that they are being treated unfairly by the state, but that needs to be corrected for the long term, not with the band-aids we’ve used until now. I hope we can tackle it in the coming year,” he said.

The Orthodox Union’s New Jersey educational advocacy organization, Teach NJS, expressed gratitude to the legislature’s leaders as well as the governor for increases, but expressed a hope that future years would bring even further increases.

“While we still have some ways to go to achieve full parity with public schools, there is recognition in state government that nonpublic school students deserve access to basic services,” said Teach NJS co-chair Sam Moed. “The legislature and governor deserve credit for this important step.”