How Far Can the Cynics Go? 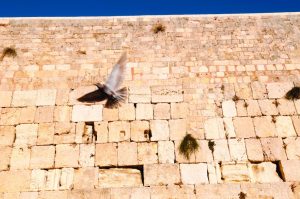 It is not to be believed how a small group of cynics can make such a tumult and sweep everyone up in its wake.

If we were to examine how many Reform Jews live in Israel, it would become clear that they are barely a small minority, and their influence is out of proportion. But in the last week, they have made as much of a commotion as a major political party in Israel can, on a crucial national issue.

Surprisingly enough, no one stopped for a moment and said: What right do they have?

All the “knights of democracy” in Israel who thought that democracy in the country was strong, suddenly discovered that a handful of people, aided by the media of course, can scream and threaten as if they represent a significant segment of the population, making a mockery of this hallowed ideal.

What do they rely on? The short memory of the public, of the government and perhaps of the prime minister. And why should they not?

For anyone who remembers, and for those who have forgotten, it’s important to mention that these are the Reform spokesmen who were on the same page as the Obama administration against PM Netanyahu. When you hear their threats today, one might imagine that to date they were and are Mr. Netanyahu’s sworn supporters, which is why they have the right to come and make demands and issue threats.

You don’t need too strong a memory to recall how all those groups supported presidential hopeful Hillary Clinton in order to continue the Obama policies. Now that the U.S. administration has changed they cannot identify with the Trump presidency, but they are playing their devious game, as they please.

As if this was purely a matter that was contingent on the Netanyahu government, the Reform made the effort to pull out of their pockets the list of investments and donations that they have in Israel, and threatened to stop the donations if the issue of the Kosel, and more so the Conversion Law, were not resolved to their satisfaction.

Whom are they trying to draw to their side for support?

The average secular Israeli who comes to the Kosel once every few years, in the best case, for a bar mitzvah of a nephew or grandchild.

The average secular Israeli, especially of Sephardic background, respects the Kosel more than those Reform people do, and he has no interest in altering the status quo. But the average Ashkenazi secular Israeli has no interest in the Kosel. He was there perhaps once in his life, and he frets at the “control of the chareidim” over every step in his life. Therefore, if he identifies with the Reform, it is because they are “anti” chareidim on every issue.

Because the Israelis in general, and the secular/American Jew in particular, don’t get to hear the authentic voice of Jewry.

Where are we, the Orthodox, on this issue? When the Israeli media stations said “American Jewry is protesting,” we should have responded immediately to this canard. We should have clarified to all those media outlets that Reform does not represent the Jews of the United States, and that Orthodoxy has plenty to say.

Those media channels don’t think of including us, because an eloquent Orthodox spokesman will “ruin the show” for them.

Silence from the Orthodox side only gives the Reform legitimacy on this issue. The time has come for us to make it known in the most professional manner that we exist, and that we have a stance. If not, we are doing the biggest possible favor for the Reform.

Back to the first question:

How far can the cynics go?

As far as we will allow them to.

The responsibility rests with us.