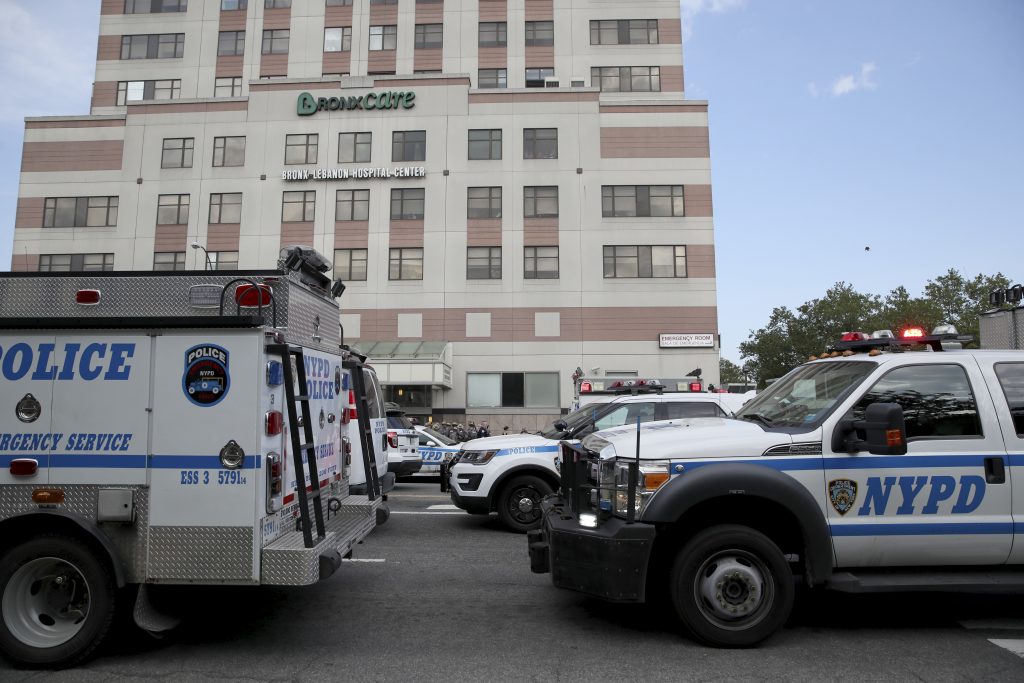 A doctor disguised as one who would save lives came to the New York hospital that had spurned him only to try to destroy them instead, replacing his stethoscope and scalpel with an automatic weapon, authorities say.

In an instant, Dr. Henry Bello triggered a Code Silver at Bronx Lebanon Hospital, sending his one-time colleagues diving for cover on the hospital’s two top floors while he repeatedly pulled his trigger, killing a doctor who had the misfortune of covering someone else’s shift as a favor and injuring six others, including a patient.

The new details of Bello’s rampage emerged Saturday along with an email rant against colleagues he blamed for forcing him to resign from the hospital two years earlier. The email was sent to the New York Daily News just two hours before the shooting Friday afternoon that left one dead, six wounded and Bello dead from a self-inflicted shot.

“This hospital terminated my road to a licensure to practice medicine,” the email said. “First, I was told it was because I always kept to myself. Then it was because of an altercation with a nurse.”

He also blamed a doctor for blocking his chances at practicing medicine.

Bello had warned his former colleagues when he was forced out in 2015 that he would return someday to kill them.

A law enforcement official told The Associated Press that Bello arrived at the hospital with the assault rifle hidden under his lab coat and asked for a specific doctor whom he blamed for his having to resign, but the physician wasn’t there at the time. The official spoke on anonymity because the person was not authorized to discuss an ongoing investigation.

It was not clear if Bello knew Dr. Tracy Sin-Yee Tam, 32, who was killed in the shooting on the 16th and 17th floors of the hospital and was, like him, a family medicine doctor. Hospital officials said that Tam normally worked in one of the hospital’s satellite clinics and was covering a shift in the main hospital as a favor to someone else.

The six others who were injured — a patient, two medical students and three physicians — largely suffered gunshot wounds to the head, chest and abdomen. One physician remained in critical condition and the rest were stable, officials said Saturday.

“Many of our staff risked their own lives to save patients,” Schneer told reporters at the hospital where the 16th and 17th floors remained closed, and staffers were still recovering from the rampage that sent people diving for cover and huddling in patients’ rooms while the gunman was on the loose. Adding to the chaos, authorities said, was a fire alarm that went off when Bello attempted to set himself ablaze, with the flames extinguished by sprinklers, shortly before he shot himself.

Detectives searched the Bronx home where Bello was most recently living and found the box where the gun came from. Investigators were checking serial numbers and trying to determine where it was purchased.

His former co-workers described a man who was aggressive, loud and threatening.

“All the time he was a problem,” said Dr. David Lazala, who trained Bello as a family medicine doctor. When Bello was forced out in 2015, he sent Lazala an email blaming him for the dismissal.

Dr. Maureen Kwankam told the New York Daily News that “he promised to come back and kill us then.”

According to New York State Education Department records, Bello graduated from Ross University and had a permit to practice as an international medical graduate that was issued on July 1, 2014, and expired last year on the same day.