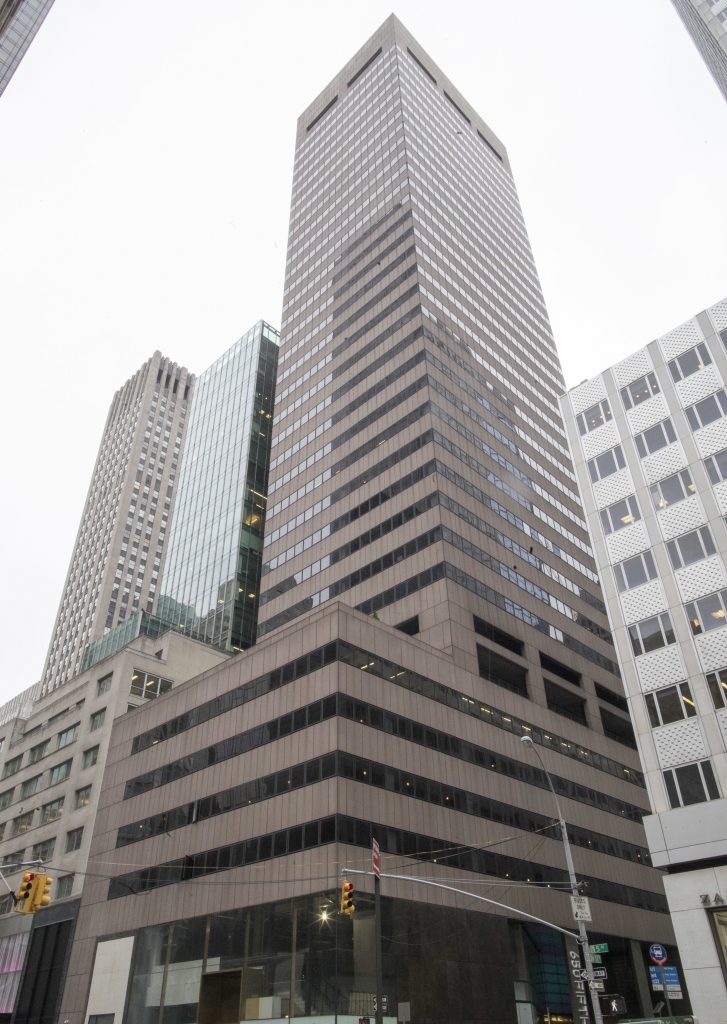 A jury in New York on Thursday found that the U.S. government may seize a Manhattan office building from a nonprofit foundation accused of violating U.S. sanctions against Iran.

The jury in a Manhattan federal court said the Alavi Foundation, majority owner of an office tower at 650 Fifth Avenue, knew that its partner and the building’s minority owner, Assa Corp, was a front for Iran, and helped conceal the fact.

Jurors said the government had proven that the property was involved in or traceable to money laundering.

The government wanted to seize the 36-story building, which could be worth nearly $1 billion, to benefit people with legal judgments against Iran relating to bombings and other attacks.

“In this trial, 650 Fifth Avenue’s secret was laid bare for all to see,” said Acting U.S. Attorney Joon Kim in Manhattan, whose office represented the government.

“On behalf of all of our clients, we are extremely pleased with the decision and the verdict handed down today,” said James Bernard, a lawyer for the judgment holders.

“The Alavi Foundation is disappointed by today’s verdict and by the court’s decision in the related cases and is considering its options,” said John Gleeson, a former federal judge who represented the foundation at trial.

Alavi was founded in 1973 as the Pahlavi Foundation by the then-Shah of Iran, Mohammad Reza Pahlavi. It describes its mission as promoting the study of Persian and Islamic culture in the United States, and also funds schools and free clinics.

The tower at 650 Fifth Avenue was built at the shah’s behest in 1978 to provide a source of income. After the Islamic Revolution in 1979 that ousted the shah, Iran’s new government replaced much of Alavi’s board of directors.

In 1989, Alavi entered into a partnership with Iran’s state-controlled Bank Melli under which Alavi owned a majority share of the building, and the bank owned the rest through a subsidiary, Assa.

The case turned on whether Alavi knew that Assa was still owned by Bank Melli after the United States imposed sanctions on Iran in 1995.

Lawyers for the government argued that it did, but kept distributing rental income to Assa anyway, while working to conceal its ownership from U.S. authorities.

Gleeson argued that the foundation was led to believe that Bank Melli was sold before the sanctions took effect.