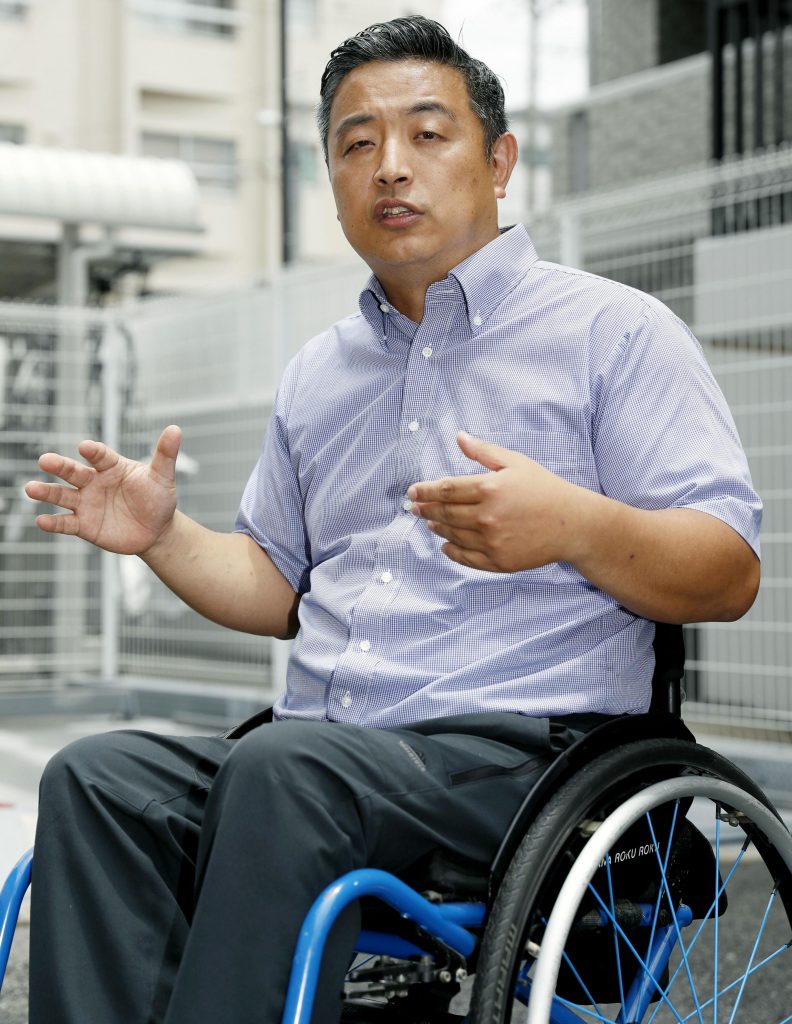 A Japanese budget airline has apologized to a passenger in a wheelchair who was made to board a recent flight by crawling up a staircase using only his hands.

The incident took place on June 5, as Hideto Kijima was preparing to return to Osaka from a trip to Amami Oshima island. His time on the southern Japanese island had been fantastic, he wrote in a social-media post. He had stayed in a fully accessible villa and even gone swimming with sea turtles.

However, the return flight would be a decidedly less-accommodating experience for Kijima, who lost the use of his legs in a rugby accident when he was 17 and who now heads the nonprofit Japan Accessible Tourism Center in Toyonaka, Osaka Prefecture.

At Amami Airport, there were only steps leading up to the plane from the tarmac — and staff for Vanilla Air Inc. told him it was against their company policy for him to be carried up the boarding ramp in his wheelchair, Kijima said.

“I have heard some bad stories, but I did not expect to hear that ‘I cannot fly because I cannot walk,’ ” he wrote on social media.

Kijima had not encountered this problem on the way to the island, he said, because a boarding bridge had connected their gate at Kansai International Airport directly to the plane. Once they had arrived at Amami Airport, his five travel companions had helped carry him off the plane in his wheelchair.

Now, though, Kijima was being told that was not an option. So he got out of his wheelchair, laid down at the bottom of the metal ramp and began crawling, step by step, up to the plane.

It took him three to four minutes to climb the 17 steps, according to the Asahi Shimbun.

The airline apologized this week for the incident.

“In the course of exchanges, the customer ended up going up the steps by himself, and airport staff could do nothing but just watch,” Vanilla Air spokesman Akihito Matsubara said Wednesday, according to the newspaper. “Boarding in this fashion should never have taken place, and that was not what we had intended.”

Vanilla Air is a low-cost carrier founded in 2011 that is owned by All Nippon Airways, Japan’s largest airline. On its website, Vanilla Air says it does offer a special chair called an “Assist Stretcher” for passengers in wheelchairs to use while boarding and deplaning at airports that lack boarding bridges. However, those passengers must fill out a form and fax it to the airline at least five business days before their departure, the website says.

At a news conference Wednesday, Kijima said he had traveled to more than 200 airports at 160 countries around the world, and that people had helped him deplane even when there was no special equipment, the Japan Times reported.

“In Japan, the Law on the Elimination of Discrimination Against Persons with Disabilities finally took effect in April last year,” Kijima said, according to the newspaper. “The law has encouraged authorities and airlines to address similar problems without incident.”

There has been some progress, however, Kijima wrote in a subsequent post on June 15. After he relayed his experience to officials in both Kogashima and Osaka prefectures, there are now plans underway to complete a boarding bridge at Amami Airport by November.