Politics OPINION: Republicans, Don’t Get Too Spooked to Finish Off Obamacare
Politics 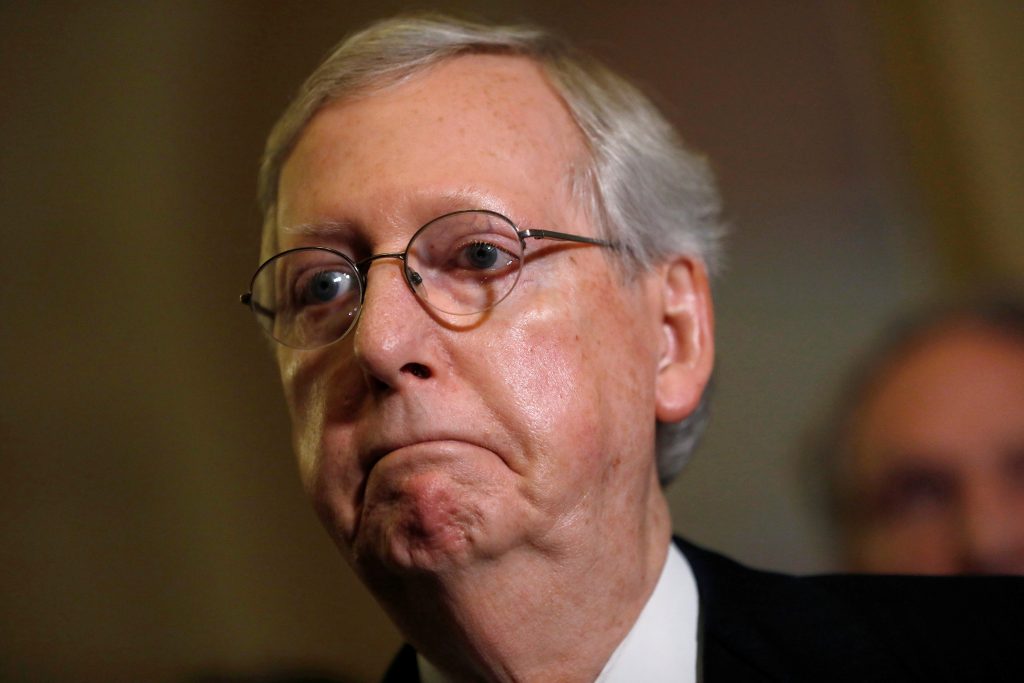 Now, let’s look at the reality of Obamacare.

First, Obamacare is sick and dying. According to Alleigh Marre, a spokeswoman for the Department of Health and Human Services, “Last year alone, 83 insurers left the Obamacare marketplace leaving millions of Americans paying more and getting less.” Likewise, in Iowa, one of the state’s last remaining Obamacare insurers proposed an average hike in premium costs by upward of 43.5 percent.

So much for having more options at a lower cost, not to mention keeping your plan and your doctor.

Second, voters want change. Remember, President Donald Trump was elected nearly eight months ago on the promise that he would not operate like a standard, cookie-cutter politician. He swore to shake up the status quo, and doing something about Obamacare was high on the list. GOP voters want something to happen. Republicans should say that, and they should believe it. It is time to think big and talk big.

And third, Republicans have campaigned for major change. But a vote to sustain Obamacare will only allow the problems plaguing this country to metastasize. Despite the usual criticisms from the Democrats and their allies in the media, the GOP’s Obamacare replacement is a step in the right direction to restore market economics to America’s broken health-care system and place major entitlements on some semblance of a budget.

There is some architecture included in the GOP strategy. By making serious progress on health care, there will be a plausible path toward infrastructure spending and tax cuts that will rev up the economy.

The Wall Street Journal notes that this bill includes “enormous conservative policy victories, even if they aren’t everything we or other free-marketers would like. Democrats built the entitlement state piecemeal over decades, and it will have to be reformed in pieces that are politically sustainable.”

Now is not the time for hand-wringing. With a limited time frame to maneuver on health care, Republican members of Congress cannot be worried about tomorrow’s interview with the hostile media. They need to be thinking about the future. It really is not hard to present a plausible, upbeat narrative.

Republicans cannot just fret and tinker. And being an ideological purist malcontent while claiming to “stick to principles” by doing nothing will lead to defeat.

Unfortunately, when you talk to GOP leaders on the Hill, it is of no comfort to them that Trump will have their back. They fear Trump’s unpopularity as much as they do his Twitter wrath.

The fact that Senate Majority Leader Mitch McConnell, R-Ky., has delayed the procedural vote until after the July 4 recess does not mean it is over. But it also does not mean anything is going to change. Squeamish Republicans better use their recess to sharpen their advocacy for health-care reform and shape their message about how the GOP bill is a good first step.

The health-care reform bill does not have to be perfect, but it does have to be serious. Republicans must pass this bill, or we will suffer the consequences.

Ed Rogers is a political consultant, and a veteran of the Ronald Reagan and George H.W. Bush White Houses and several national campaigns. He is the chairman of the lobbying and communications firm BGR Group, which he founded with former Mississippi governor Haley Barbour in 1991.