Niagara Falls Daredevil Might Have Brought Snake in Deadly Plunge 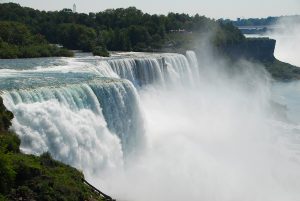 A daredevil who died after plunging over Niagara Falls in an apparent stunt with an inflatable ball might have brought a boa constrictor along for the ride.

The Niagara Gazette reports Wednesday that New York State Park Police found a website with a photo of Kirk Jones and the 7-foot snake previewing Jones’ plans. An unoccupied large plastic ball he apparently planned to ride over the falls was found empty below the falls on April 19.

Footage from a crashed drone belonging to Jones shows only rushing water.

Jones became the first person known to survive the plunge over Niagara Falls without a safety device in 2003.