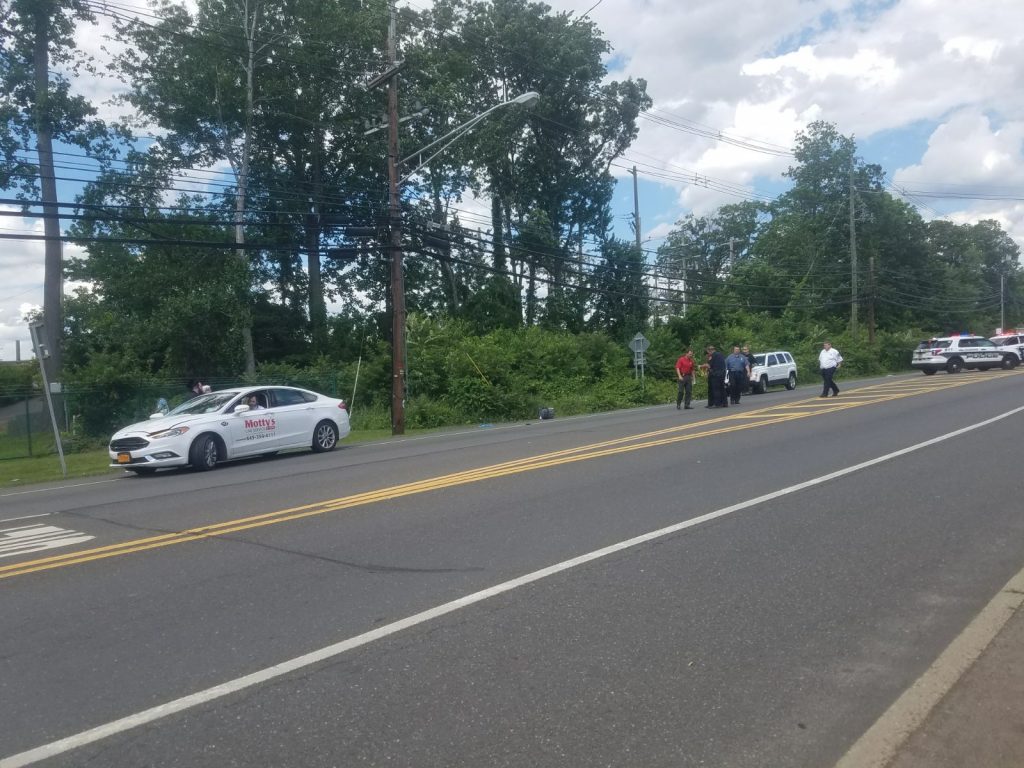 A frum mother and her three children walking along a Monsey road Monday afternoon were struck by a car whose driver had gone onto the shoulder in a road-rage incident after he believed a taxi had cut him off.

An infant is in critical condition at Westchester Medical Center while his mother, 38, and two sisters — aged 9 and 13 — were lightly injured and recovering. A stroller lay for hours on the side of Robert Pitt Drive, alongside a car with a smashed windshield.

“This was road rage,” said Ramapo Interim Supervisor Yitzhcok Ullman. “The taxi driver supposedly cut this guy off. He got upset and threw something at the cab. He then drove on the right shoulder to pass him. He didn’t see the family. I am not sure if he was trying to pass the cab or throw something.”

The driver of the car, 62-year-old Albert Gomez of Spring Valley, was charged with assault, reckless endangerment and reckless driving. He’s being held on $150,000 bail.

“This was not an accident,” Ullman said. “That’s the reason for the serious charges.”

Meanwhile, local officials say that they have been calling for years to have a sidewalk and crossing signals installed on the busy road, which is right near a shopping center.

Aron Wieder, a Rockland County legislator, decried that a tragedy had to occur for the issue to be brought to the fore.

A state Department of Transportation spokeswoman confirmed to the Journal News that there is a proposal to install traffic safety signals in the area but details had not been finalized.