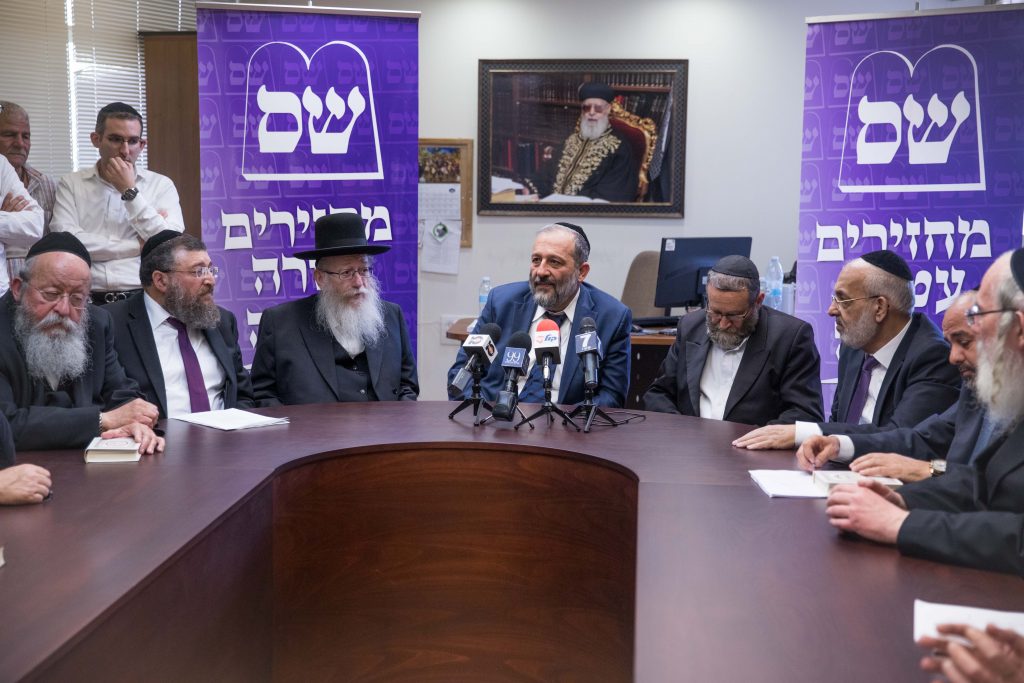 United Torah Judaism and Shas declared Monday that in the coming days they intend to revive legislation to prevent chillul Shabbos, after government attorneys turned down a request from minimarket owners in Tel Aviv for an additional hearing on the operation of businesses on the holy day.

“In view of the fact that the attorney general is dragging his feet in response to the petition of small-business owners in Tel Aviv for an additional hearing to prevent supermarkets from opening on Shabbos, we have decided to re-submit a bill to the Knesset originally proposed in January 2014 to prevent chillul Shabbos, which the government is committed to as part of the coalition agreement on maintaining the status quo.”

Interior Minister Rabbi Aryeh Deri, who believes that the High Court should conduct further hearings on the matter, will likely present an opinion to that effect to the Court, now that the government has taken the opposite side.

In a recent decision, the High Court decided that it would not order the closure of businesses on Shabbos, since it was in the authority of ministers of the interior to do so, and over the years they failed to sign the necessary orders. Rabbi Deri has disputed the ruling, insisting that he did sign the required papers, but that the High Court rushed to release its decision before it could take effect.

On Monday evening, chareidi MKs sent a letter to the director-general of the Ministry of Transport, Keren Turner, asking to revoke permits for public transportation on Shabbos in cities where municipalities allow such activity, according to Ynet.

The letter was signed by MKs Michael Malkieli and Yoav Ben-Tzur of Shas and MKs Uri Maklev and Rabbi Yisrael Eichler of United Torah Judaism.