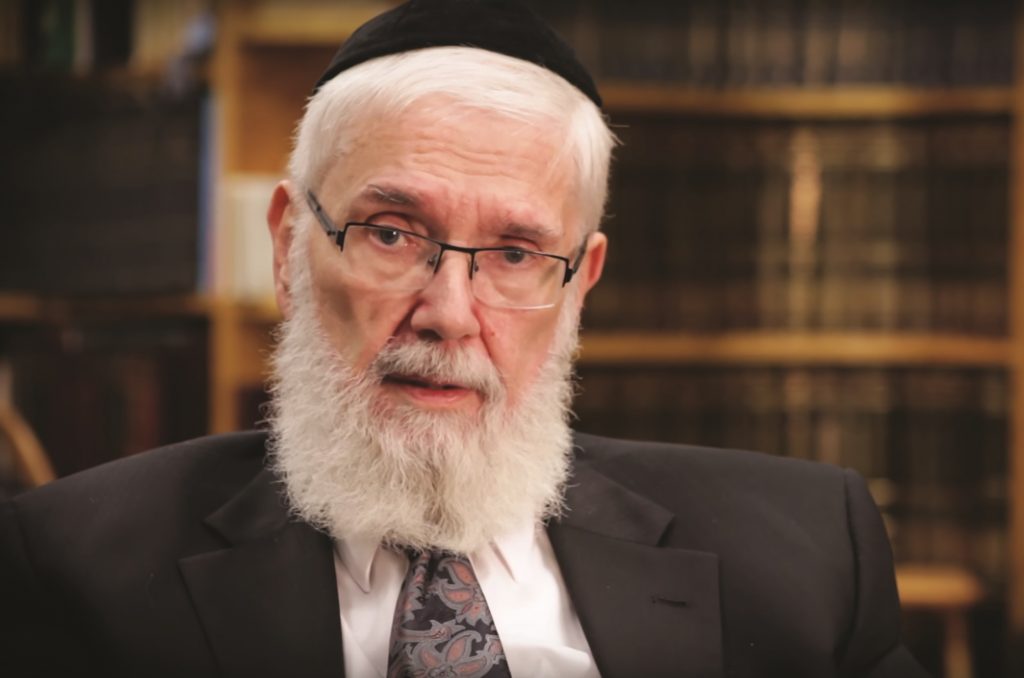 Rabbi Meir Zlotowitz, z”l, pioneer of English-language Torah literature who stood at the helm of ArtScroll Mesorah Publishers since its founding and brought Tanach, Mishnayos, Shas Bavli and Yerushalmi and hundreds more books on topics in Yiddishkeit to an avid public, was niftar on Shabbos morning. He was 73 years old.

Today, there is hardly a beis medrash or frum home that does not contain the works of ArtScroll. Much more than a publishing house, the company’s work has often been termed a “revolution,” due to the scale of the impact it has had on the availability of fundamental Torah works to English-speaking Jewry.

“He had an iron will, and the drive to make sure his ideas became reality. The Mishnayos, Shas — he wasthe one who made them happen,” Rabbi Nosson Scherman, general editor of ArtScroll, told Hamodia.

The story of ArtScroll’s founding demonstrates several aspects of Rabbi Zlotowitz’s unique skills, creativity and dedication to others.

In 1975, Rabbi Meir Fogel, z”l, a close friend of Rabbi Zlotowitz, suddenly passed away at a young age, leaving no children behind. Shaken by the loss, he wanted to do something that would be a living memorial to his dear friend.

Using his signature ingenuity, Rabbi Zlotowitz decided to author an English translation and commentary on Megillas Esther for the sheloshim with a plan to publish the work by Purim, which was only a few months away. The manuscript was written within 30 days, and he called on Rabbi Scherman, who was then the menahel of Yeshivas Karlin Stolin, to edit it and write an introduction. Rabbi Zlotowitz used his own printing and design business, called Artscroll, to publish the work.

“It sold 20,000, which was unprecedented in 1976,” said Rabbi Scherman. “There had grown up a whole generation who might have learned in yeshivos, but their first language was English. The Gedolei Yisrael saw how great the need was and they said we can’t stop here, we have to do more.”

In the years that followed, Rabbi Zlotowitz personally wrote a six-volume commentary on sefer Bereishis as well as works on the remaining five Megillos.

Rabbi Meir Zlotowitz was born in 1943 near Williamsburg, Brooklyn, where his father, Harav Aharon, z”l, led a shul. A talmid of the Lomza Yeshivah, he was a highly respected talmid chacham who also worked as a mohel and kashrus mashgiach.

In his early years, young Meir attended Yeshivas Rabbi Jacob Joseph (RJJ) on the Lower East Side. As a bachur, he went on to study in Mesivta Tifereth Jerusalem (MTJ), then under the leadership of Hagaon Harav Moshe Feinstein, zt”l. With his sharp and inquisitive mind, he would grow into one of the beis medrash’s distinguished talmidim.

Rabbi Zlotowitz would go on to forge a close bond with Rav Moshe, ultimately receiving semichah from him. His connection would continue in his relationship with, ybl”c, Harav Dovid Feinstein, shlita, with whom he spoke on a nearly daily basis. Rabbi Zlotowitz remained remarkably loyal to MTJ. Notwithstanding a natural distaste for kavod, he agreed to be an honoree at one of the yeshivah’s dinners and even called ArtScroll donors to fundraise for the mosad.

As ArtScroll began work on its monumental Mishnayos and Gemara projects, Rabbi Zlotowitz, despite his own skills as a researcher and writer, was forced to turn his energies to managing and fundraising for the great undertaking.

Feeling that the company’s mission was essential to the expansion of limud haTorah in America, he worked tirelessly to see that deadlines were met, especially as the Shas project proceeded to follow the Daf Yomi cycle.

Rabbi Zlotowitz forged a relationship with Jerome Schottenstein, z”l, and later with his son, ybl”c, Jay Schottenstein, who became the leading patron of the ArtScroll Talmud Bavli, as well as many other projects.

Despite his demanding schedule, Rabbi Zlotowitz was exceedingly giving of his time and astuteness to the many who sought his wise advice.

“How could such a busy person make everyone who came in contact with him feel so close to him? It’s only because he really cared so much for all of them,” said his son Rabbi Gedalia Zlotowitz in his hesped, Sunday afternoon at Shomrei Hadas Chapels in Boro Park.

The levayah continued to Eretz Yisrael, where additional hespeidim will be delivered, followed by kevurah in Beit Shemesh.