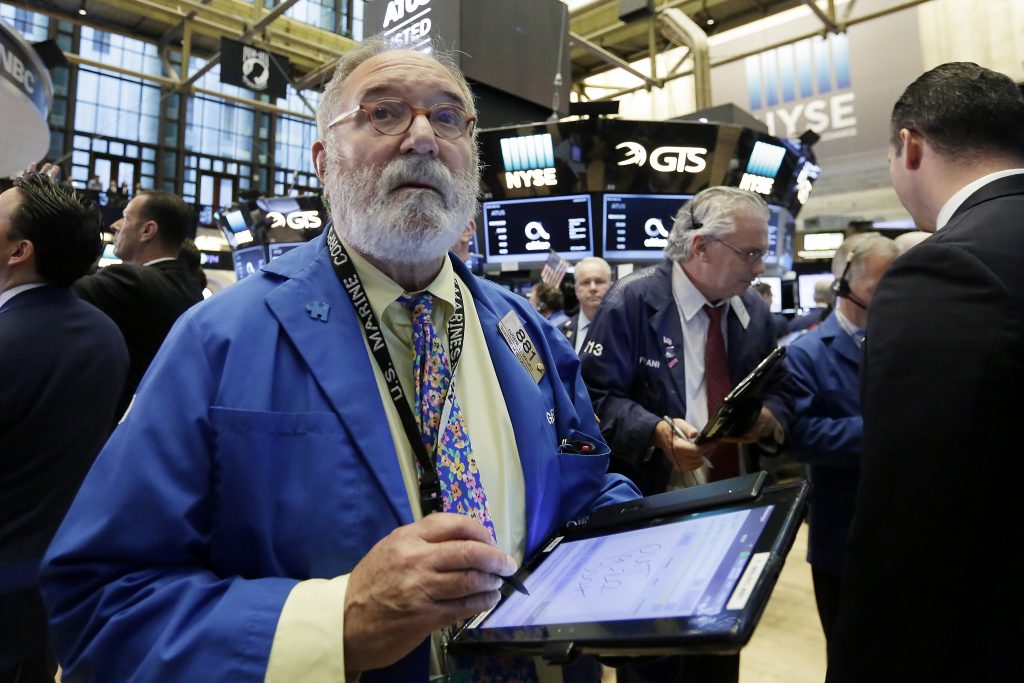 U.S. stock indexes ticked higher Thursday after the price of oil stabilized, at least for now.

Crude was on pace to rise for the first time this week, a day after sinking to its lowest price since August. That lifted energy stocks, which have weighed on broad-market indexes in recent days.

Health care stocks led the market higher, continuing their strong recent run, after the Senate released its proposal to revamp how Americans get medical care.

Oil on Wednesday touched its lowest price since August, as expectations continue that supplies of crude will exceed demand. Crude has dropped about 20 percent this year, which may put at peril the big gains in profits that analysts had forecast for energy companies.

HEALTHY GAINS: Health care stocks have been screaming higher this week, even as the rest of the market struggled. They jumped again Thursday after the Senate unveiled its plan to lower tax rates on medical companies and cut Medicaid for low-income Americans.

Health care stocks in the S&P 500 rose 1.5 percent, by far the largest gain among the 11 sectors that make up the index. They’re up 4.2 percent for the week when the overall index is up just 0.3 percent.

D.C. EFFECT: Expectations used to be high that big changes coming out of Washington, such as lower tax rates, would help businesses make bigger profits and markets to rise higher. That’s much less the case today.

“Expectations have gotten so low, as far as what’s going to come out of this administration,” said Jon Adams, senior investment strategist at BMO Global Asset Management. “Most think some kind of health reform will get done, but tax reform is a coin flip, and the expectation is it will be very, very modest if it does get through.”

The broad stock market has remained resilient, but the “Trump bump” has faded for other areas as expectations have waned. Interest rates have dropped, and small-cap stocks are lagging behind their larger rivals, for example.

But that means if a big tax-reform package and other pro-business policies do happen, it could mean big gains for markets that don’t see them coming, Adams said.

EARNINGS BOOST: Tech giant Oracle jumped $4.16, or 9 percent, to $50.50 for the biggest gain in the S&P 500 after reporting stronger revenue and earnings for its latest quarter than analysts expected.

Technology companies are expected to report some of the strongest earnings growth for the April-through-June quarter, one of the reasons their stocks have been helping to lead the market this year.

OFF THE SHELF: Barnes & Noble rose 50 cents, or 7.7 percent, to $7.00 after reporting a smaller loss for its latest quarter than analysts expected. The bookseller’s shares trimmed their loss for the year to 37.7 percent.

GOOD, BUT NOT ENOUGH: Accenture fell $6.04, or 4.8 percent, to $121.07 for the largest loss in the S&P 500. The consulting company reported quarterly earnings that were in line with analysts’ expectations, but it also modestly trimmed the top end of its forecast for revenue growth this year, when taking changes in foreign-currency values into account.