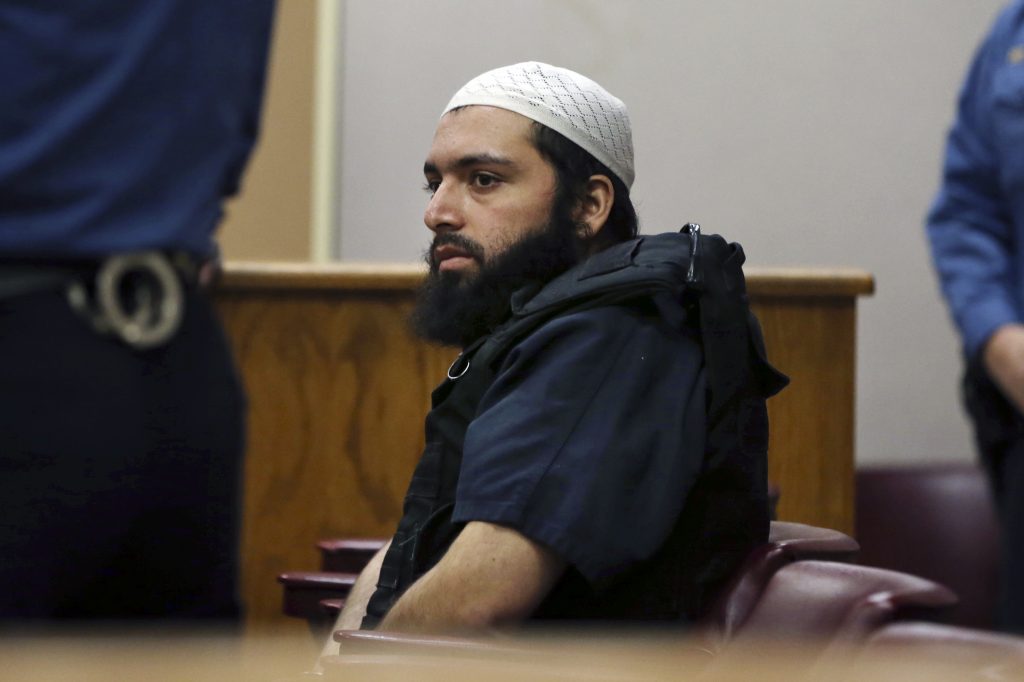 A federal judge refused Thursday to throw out criminal charges that could result in a mandatory life prison sentence for a man accused of plotting bomb attacks in New Jersey and New York that injured 30 people.

U.S. District Judge Richard M. Berman made a series of rulings in the case brought against 29-year-old Ahmad Khan Rahimi, though he said he’ll wait to decide whether a government expert will be permitted to testify about al-Qaida founder Osama bin Laden and other terrorist leaders. Prosecutors are to submit written arguments on the subject next week.

Rahimi, 29, pleaded not guilty to detonating a pipe bomb near a charity run in Seaside Park, New Jersey, and planting two pressure cooker bombs in Manhattan in September. The Seaside Park bomb didn’t hurt anyone. One of the Manhattan bombs didn’t explode, but the other detonated in the Chelsea neighborhood, causing the injuries.

The Afghanistan-born U.S. citizen was arrested two days after the attacks when he was injured in a shootout with law enforcement authorities outside a bar in Linden, New Jersey.

The government has said it does not plan at an October trial to use statements Rahimi made to authorities while he was recovering from gunshot wounds at a New Jersey hospital or when an investigator took hair samples from him in December. As a result, the judge denied a request to ban the statements from the trial since there are no plans to use them.