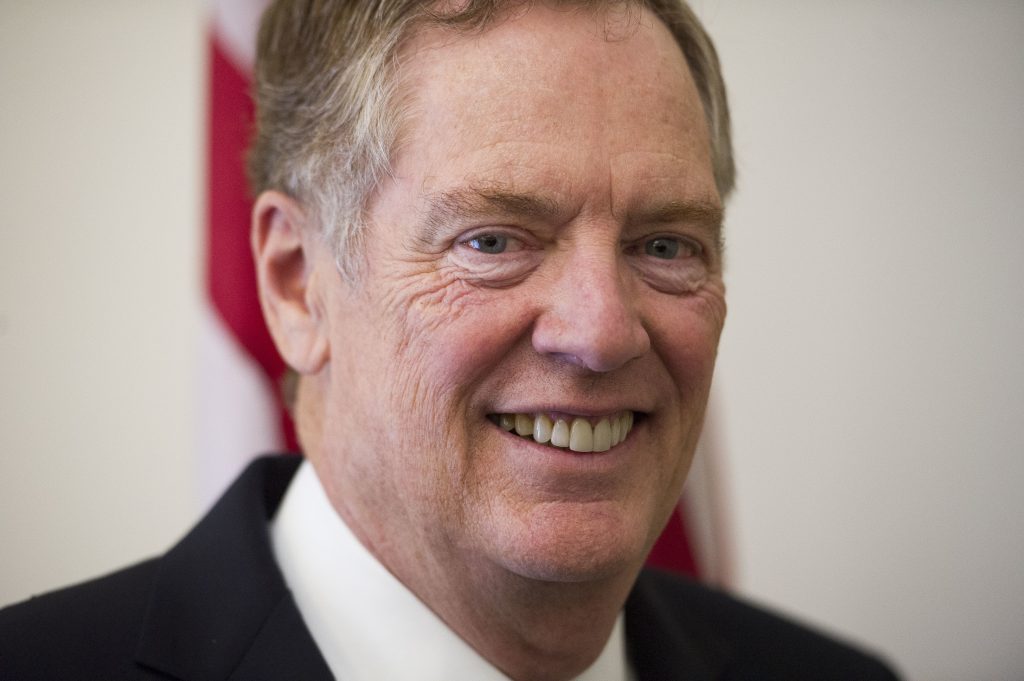 President Donald Trump’s top trade negotiator said there’s no deadline to reach a deal on revamping the North American Free Trade Agreement, and if talks end in a deadlock the U.S. will be compelled to rethink its strategy.

The U.S. plans to start re-negotiating NAFTA with partners Canada and Mexico on Aug. 16 and the government wants the discussions to move quickly, U.S. Trade Representative Robert Lighthizer told the Senate Finance Committee on Wednesday. The U.S. is currently engaging in a 90-day consultation period with domestic industry, lawmakers and the public to get ready for the start of official talks.

“I am prepared to continue to negotiate until we get a high standard agreement unless there’s a total stalemate, in which case I’ll be back before in front of this committee and I’ll consult with senators,” Lighthizer said. “I’m not going to be in a position where I commit to the status quo going on forever. That’s not going to happen. But we don’t have any artificial deadlines.”

Commerce Secretary Wilbur Ross has acknowledged that there’s a logic to wrapping up the talks by late 2017 or early next year before Mexican presidential elections in mid-2018 followed by American mid-term elections that November. Trump has threatened to withdraw from NAFTA if Mexico and Canada fail to agree on more favorable terms for the U.S.

Lighthizer said on Wednesday that Trump has asked him to focus on improving opportunities for American workers as part of the revamp.

The U.S. government plans to publish its NAFTA negotiating objectives on July 17 following a series of public hearings next week, Lighthizer said. The USTR is working with the Treasury Department and lawmakers on whether to add a currency clause in the new NAFTA deal. However, there’s no evidence of currency manipulation by Mexico and Canada, he said.

“We’re still debating whether to put a currency manipulation provision in here,” he said.

Ron Wyden, the ranking Democrat on the Senate Finance Committee, urged the U.S. to take the time it needs to hammer out new trade terms that benefit workers instead of pushing artificial deadlines that could corner the U.S. into lower its standards.

“NAFTA could use a complete overhaul,” Wyden said. “That means high standard, enforceable labor and environmental commitments, removing Chapter 19, which hurts our ability to fight unfair trade practices, addressing challenges that are specific, dairy and wine and key manufacturing industries. We also have [to] combat currency manipulation, market distorting state owned enterprises, and the trade cheats that this committee has documented get more and more sophisticated.”