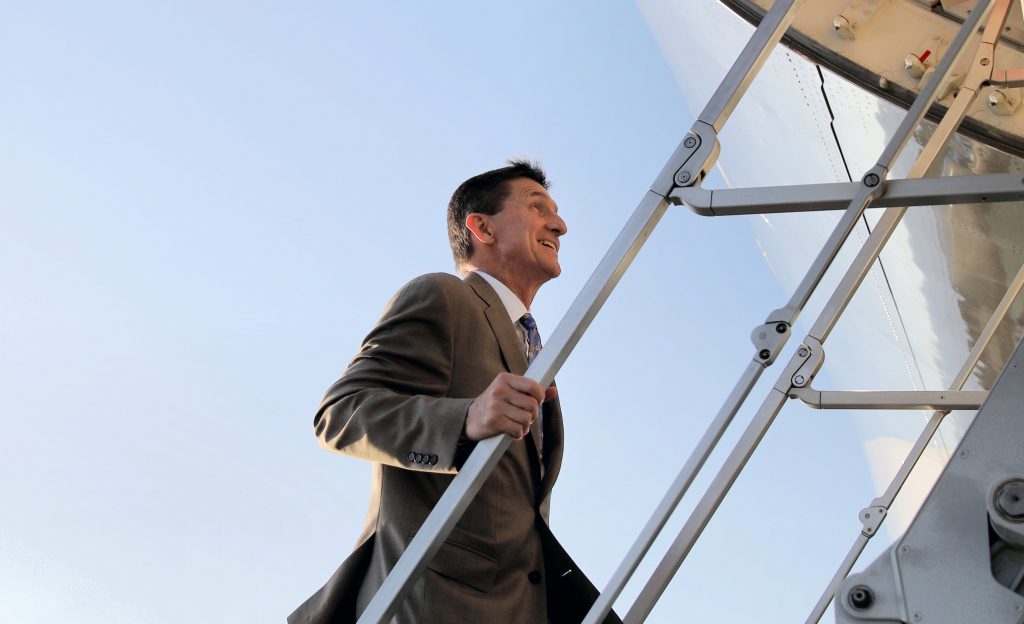 Federal investigators probing the lobbying work of ousted national security adviser Michael Flynn are focused in part on the role of Bijan Kian, Flynn’s former business partner, according to a person interviewed by the FBI. Investigators are also looking at whether payments from foreign clients to Flynn and his company, the now-inactive Flynn Intel Group, were lawful, according to two separate sources with knowledge of the broad inquiry into Flynn’s business activities. That includes payments by three Russian companies and a Netherlands-based company, Inovo, controlled by Turkish businessman Ekim Alptekin, they said.

The FBI’s interest in Kian has not been previously reported. Kian played a central role in securing and overseeing the Inovo contract, two people with knowledge of that project said. It is not clear whether Kian is a target of the criminal investigation or whether investigators are trying to build a fuller understanding of how Flynn’s company operated.

A person recently interviewed by the FBI in connection with the Flynn investigation said agents from the bureau’s criminal division had asked as much about Kian and his work on the project with Alptekin as they had about Flynn.

Kian did not respond to repeated requests for comment, nor did the lawyer he recently hired, Robert Trout. The FBI declined to comment.

Mr. Flynn’s lawyer, Robert Kelner, did not respond to requests for comment. Alptekin declined to comment for this story but last month told Reuters that he was satisfied with the work done by Flynn Intel Group and denied any wrongdoing.

The FBI has been investigating whether Flynn’s consulting firm lobbied on behalf of Turkey – after being paid $530,000 by Inovo – without making the proper disclosure, Reuters reported earlier this month.

The federal investigation is being run by special counsel Robert Mueller. Mueller has a mandate to investigate contacts between Russia and Trump’s 2016 election campaign team and any related matters. Flynn was fired by the Trump administration in February after officials said he mischaracterized a series of phone calls with Russia’s ambassador last December.

The top Democrat on the House Committee on Oversight and Government Reform, which has separately been looking into whether Flynn made false statements in applying for security clearance, said he was also scrutinizing Kian.

“I have an interest in Bijan Kian and his interactions with General Flynn based on specific documents already obtained by the Committee,” Elijah Cummings told Reuters in an email.

Kelner has sought immunity for Flynn in exchange for his testimony, saying his client “certainly has a story to tell.”

In private conversations with potential clients, Kian portrayed himself as a rainmaker for Flynn, tapping into connections cultivated during a five-year tenure as a director at the U.S. Export-Import Bank, according to one person who worked with the firm.

Alptekin told Reuters in May that his firm hired Flynn Intel Group to research Gulen’s activities in the United States, which he suspected were “poisoning” relations between the United States and Turkey. Like Turkey President Tayyip Erdogan, Alptekin blamed the coup on followers of Gulen.

Gulen has denied any role in the coup and dismisses Turkey’s allegations that he heads a terrorist organization.

Kian oversaw key elements of the project that emerged, including a still-unfinished documentary on Gulen, according to two people involved in the project.

On Sept. 19, Kian and Flynn met in New York with Turkey’s foreign minister and energy minister, who is Erdogan’s son-in-law, according to a person with knowledge of the meeting.

In late October Kian invited staff of the House Homeland Security Committee to Flynn Intel Group’s headquarters in Virginia. The meeting was called to show off new mobile phone security technology, but Kian also used the opportunity to try to get a congressional hearing on Gulen, according to a person at the meeting.

At that point, the Flynn Intel Group had only disclosed its work for Alptekin’s Inovo in a filing with Congress. It had not mentioned Inovo’s ties to Turkey.

When Justice Department officials became aware months later that Kian and other Flynn Intel Group officials had met with Turkish officials they insisted on a fuller disclosure, people involved in those discussions said.

The Flynn Intel Group made the more detailed disclosure in its March filing with the Justice Department under the Foreign Agents Registration Act that said the work that Flynn and Kian did for Inovo “could be construed to have principally benefited the Republic of Turkey.”