National Blimp Goes Down at Golf Tournament in Wisconsin
National 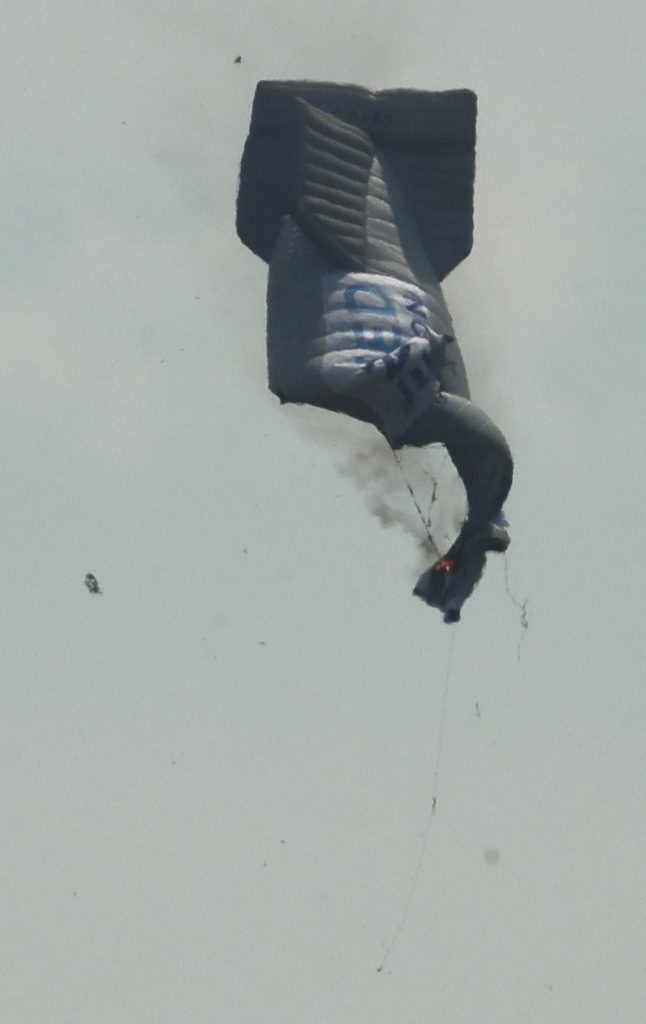 The pilot of a blimp is “OK” after the aircraft crashed in Wisconsin during the opening round of a golf tournament, a representative for the company that operates the blimp said Thursday.

Justin Maynard, a sales manager for Florida-based AirSign, said the company’s operations team on the ground in Erin, Wisconsin, reported on the pilot’s status. Maynard said he had no more information on the status of the pilot, who has been taken to a hospital, nor on the cause of the accident. He said no one else was on board the aircraft.

The U.S. Golf Association said in a statement that the advertising blimp crashed in an open field about half a mile from the Erin Hills golf course. The USGA said the pilot was being treated for unknown injuries and that no other people were involved.

Maynard could not confirm witness accounts that the pilot skydived from the blimp and said the aircraft’s pilots do not regularly carry parachutes. A witness to the crash also said the side of the blimp started deflating and it caught fire as it headed toward the ground.