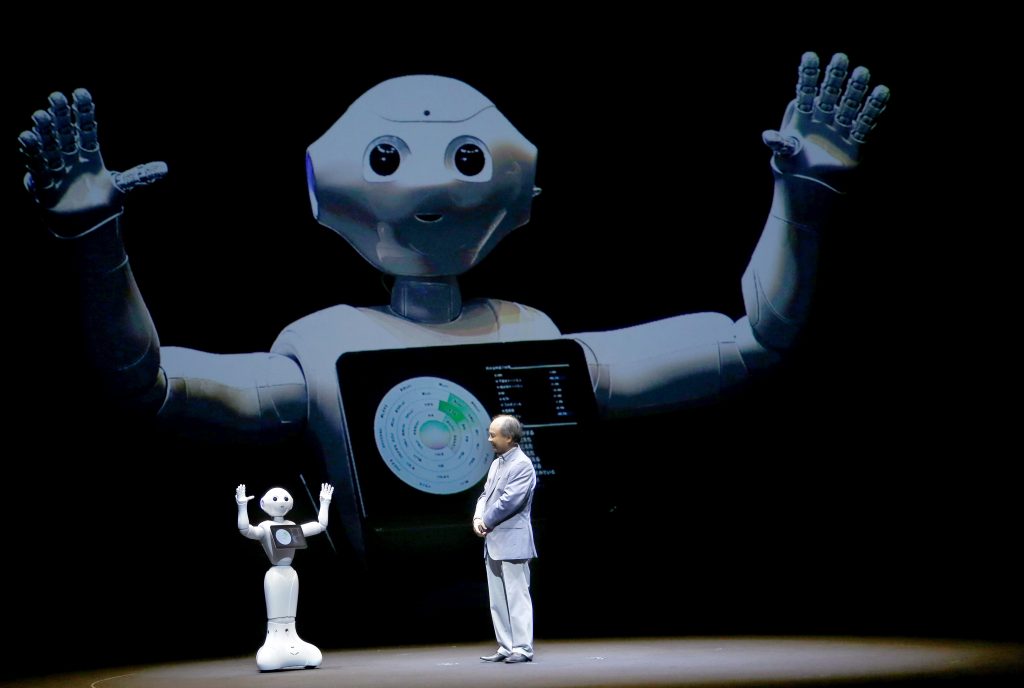 Tokyo-based SoftBank, which offers the chatty childlike Pepper companion robot, said the purchase underlines how robotics is a key part of its business.

Boston Dynamics makes various robots, including Big Dog and Spot, which are complex machines that walk and trot on four legs. Another is Atlas, which walks on two legs like a human. Atlas has arms and can open doors and lift items. Some were designed for military purposes.

Under Friday’s deal, SoftBank is also buying from Alphabet a company called Schaft that develops biped robots. Schaft’s roots are in a research lab at the University of Tokyo.

Pepper has expressive arms but wheels for legs and does little more than sing songs and answer basic questions, and can’t do any heavy lifting. Often it fails to understand even simple speech and will keep asking you to repeat sentences.

Speculation had been growing recently that Google might want to sell Boston Dynamics. Alphabet said it remains committed to robotics, such as connecting human-like motor skills, including hand-eye coordination, to machines so they can process images, speech, text and draw pictures.

It is also interested in research on helping robots learn from what they “experience,” Alphabet said in a statement.

“Robotics as a field has great potential, and we’re happy to see Boston Dynamics and Schaft join the SoftBank team to continue contributing to the next generation of robotics,” it said.

“Smart robotics are going to be a key driver of the next stage of the Information Revolution,” he said.

“I am thrilled to welcome them to the SoftBank family and look forward to supporting them as they continue to advance the field of robotics and explore applications that can help make life easier, safer and more fulfilling,” Son said of Boston Dynamics and Schaft.

Japan, with its longtime culture of cartoons, has a soft spot for cute robots. Various companies, including automakers Toyota Motor Corp. and Honda Motor Co., have developed entertainment robots, designed to do nothing more than keep people company.

But interest around the world is growing in the potential of robotics and artificial intelligence for everyday products like safer cars and connected home appliances.

Son drew attention for hobnobbing with U.S. President Donald Trump late last year and promising to create jobs and invest in the U.S.

Marc Raibert, CEO of Boston Dynamics, said he looked forward to working with SoftBank on creating technology for “a smarter and more connected world.”

“We share SoftBank’s belief that advances in technology should be for the benefit of humanity,” he said.