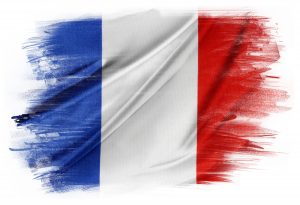 Suspicions are running high in France’s Jewish community regarding the government’s failure to classify the brutal murder of Sarah (Lucy) Halimi, Hy”d, as an anti-Semitic hate crime, as well as what some are saying was a concerted effort by media to hush the incident at the time it occurred two months ago.

Over the past month, several voices from within the Jewish community have questioned the way the crime has been handled, both officially and in the public eye, especially as evidence was gradually released that seemed to point clearly to anti-Semitism as a motive. This week, a group of 17 prominent French intellectuals, a mixture of Jews and non-Jews, published a letter in the daily newspaper Le Figaro, calling for “all light to be shed on the death of this Jewish Frenchwoman killed amid cries of A-lah Akbar.”

Mrs. Halimi, 66, had worked for many years as a teacher of young children in a local Jewish school. At around 4 a.m. on April 4, Kada Traore, a 27-year-old immigrant from Mali who lived in her building brutally murdered her. During the attack, he was heard by neighbors reciting verses from the Koran as well shouting anti-Semitic slurs.

Yet, at the time, the murder garnered little media attention and officials have refused to say that Mrs. Halimi’s religion was a factor in the crime. Traore is in custody, is still under sequester for psychological examination, and there are rumors that he may not stand trial.

“I think there is no doubt here, that this was an anti-Semitic crime,” Rabbi Moshe Lewin, executive director of the Conference of European Rabbis and special advisor to the Chief Rabbi of France, told Hamodia. “The community is very upset as to how this has been handled and we want a clear explanation of what actually occurred.”

Rabbi Lewin has been in close contact with the victim’s family since the murder occurred and credited the renewed attention the issue was receiving to a press conference held last week by several of Mrs. Halimi’s relatives, where one declared that the “silence … has become intolerable.”

The murder occurred weeks before national elections between Marie Le Pen and now President Emanuel Marcon. Some have gone so far as to claim that government and media colluded in muting the story out of a fear that a murder with Islamist overtones would drive voters to the nationalist Le Pen.

Michel Gurfinkiel, a French political analyst and president of the Jean-Jacques Rousseau Institute in Paris, labeled the response “an organized silence” and linked it directly to what were then the upcoming elections.

Shortly after the murder, Mrs. Le Pen released a statement that Mrs. Halimi’s death should be an impetus to “speak about Islamist anti-Semitism.”

However, Rabbi Lewin was dismissive of such allegations, saying that he and other representatives of the Jewish community had positive experiences with the Justice Minister official involved in the case.

“I would not say there was a cover-up or to hide something for the elections, maybe they are really checking if he is insane or not,” he said. “There was a terrible attack on a Jewish woman three years ago and the government just now came out and admitted that it was anti-Semitism. I hope it will not take that long in this case.”

Laurent Munich, director of French-Jewish media outlet Akdem, said that while no evidence existed to support such a conspiracy, such a scenario was believable.

“It is possible that someone at a high level in the Ministry of Justice tried to keep this quiet until after the elections, but there is no proof,” he said. “Very important parliamentary elections are also coming up and every story can become a factor.”

Mr. Munich said that suspicions about how the case had been handled have become widespread among Parisian Jews, fueled further by what he said was a mysteriously delayed police response.

“It seems the police were aware that there was a tense situation in the building and that they were called at the beginning of the incident, but they did not intervene until it was too late,” he said.

Two weeks ago, a French journalist penned an open letter to the newly appointed Minister of Justice calling for action on the case and harkened back to the 2006 murder of Ilan Halimi, Hy”d, an Iranian Jew who bears no relation to Sarah Halimi. He asserted that in the case of Ilan Halimi’s kidnaping and murder by a gang of Muslim immigrants, authorities had delayed and avoided admitting anti-Semitism as a factor in the case.