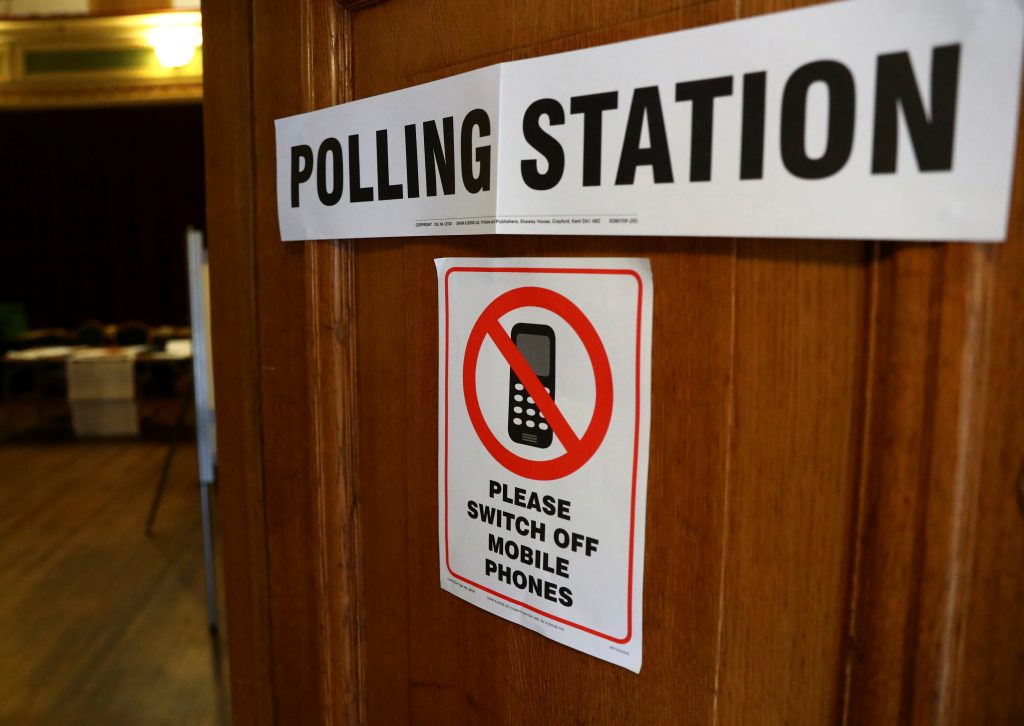 Britain’s seven-week sprint to an election that few expected began in April with forecasts of a landslide victory for the Conservatives, and a Margaret Thatcher-esque grip on power as far as the political eye could see for Prime Minister Theresa May.

It ended Wednesday in a way that no one could have predicted – with a rattled May being heckled during one of her few and characteristically awkward attempts to meet voters, while her once-hapless opponent, Jeremy Corbyn, spoke to large and adoring crowds that were earning him comparisons to Winston Churchill.

In between, the campaign was interrupted by two mass-casualty terrorist attacks, and May’s seemingly insurmountable lead dwindled, in at least some polls, to a few points.

As the nation prepares to vote Thursday, few believe that the far-left Corbyn could actually win. If he did gain the keys to Downing Street, it would rival, and perhaps top, 2016’s Brexit vote or President Donald Trump’s November victory for most implausible political outcome of the past 12 months.

But even a win for May, if it’s insufficiently convincing, could leave her seriously damaged within her own party and hobbled going into all-important negotiations with European leaders that will determine whether the country’s European Union exit is the success she has promised or a grievous mistake.

“She’ll still win the election, but she’ll be weaker for it,” said Steven Fielding, a political-science professor at the University of Nottingham. “Jeremy Corbyn will lose the election, but he’ll be stronger for it.”

The irony of that outcome, if it comes to pass, will be heightened by the fact that May didn’t need to hold the vote in the first place. With another election not due until 2020, May had repeatedly vowed to wait until then to face the voters after coming to power last year via a selection by her fellow Tory lawmakers.

But the temptation of her party’s more than 20-point lead over Corbyn’s Labour Party proved too great, and the normally cautious May gambled in April by calling an early vote.

At the time, the decision was hailed by observers as a masterstroke – one that could grow her slender parliamentary edge into a historically large majority, giving her the sort of one-woman authority that even Thatcher would have envied.

May would need that sort of endorsement, she insisted in her pitch to voters, so she could stand up to her European counterparts with the knowledge that the country was behind her. Only a strong majority, she argued, would give her leverage to drive the best possible bargain for Britain in the contentious talks to come.

Polls showing that voters admired her resolute and no-nonsense persona – she vowed to be “difficult” in the EU talks – suggested she would get what she sought.

But as the campaign has worn on, voters appear to be less convinced that they want to hand her such sweeping control.

“Up until the campaign, events had played to her strengths,” said Rosa Prince, author of a biography of May. “But she does have her frailties. And campaigning seems to have brought a lot of those out.”

Among them: a need to micromanage, an inability to be spontaneous and a distinct absence of the common touch. Her campaign has been widely criticized for being stilted and soulless, with May ducking debates and rarely venturing beyond the friendly confines of scripted events with handpicked Conservative activists.

When she has, it hasn’t gone well. After a nurse told the prime minister about the struggles of going eight years without a raise on BBC’s “Question Time,” May didn’t bother to empathize and instead shot back that there was “no magic money tree.”

Perhaps most damaging for May was the decision to adopt as official Conservative policy a plan to charge senior citizens more for social care. When the measure was derisively dubbed “the dementia tax,” she quickly abandoned it – then denied that her position had changed.

On Wednesday, she was heckled by butchers during a brief visit to London’s Smithfield Market before retreating to the safer confines of a lawn-bowling club in the countryside. There she sipped tea with elderly Tory voters and told reporters, somewhat implausibly, that she had “enjoyed the campaign.”

Corbyn, by contrast, has campaigned as though he has nothing to lose – which in a way is true. His opinion ratings were abysmal going into the election, with not even a majority of Labour’s supporters saying they would prefer him over May as prime minister. Last year, his fellow Labour lawmakers voted overwhelmingly that they lacked confidence in him as party leader.

But Corbyn – for decades a bomb-throwing backbencher known to voters primarily for his vaguely Marxist views and scruffy beige suits – has been getting a second look as he has aggressively taken his underdog case to the public.

In a country where campaigning is traditionally low-key and door-to-door, the Labour leader has turned heads with large, open-air rallies packed with enthusiastic supporters who cheer his call for a “fairer Britain” after years of Tory austerity.

“He’s genuinely enjoyed campaigning because there’s no pressure on him,” Fielding said. “There’s a very obvious contrast with May only engaging a small number of Conservative activists at an empty storage facility on the edge of town.”

Corbyn has even managed to put May on the defensive on an issue that had been seen as perhaps her greatest advantage: security.

With two terrorist attacks interrupting the campaign, May sought to capitalize by denouncing the “tolerance of extremism” that she said persisted in some quarters in Britain – remarks that amounted to an implicit rebuke of Corbyn, who has in the past expressed sympathy for Hamas, Hezbollah and the Irish Republican Army.

But Corbyn quickly pivoted the debate to police cuts that May had authorized during her six-year tenure as home secretary, the nation’s top domestic security official.

The prime minister, he said, had tried to protect Britain “on the cheap” – a message that fit with his anti-austerity mantra and that resonated as details emerged of security services’ failures to thwart the plots.

“One attack is unfortunate,” said Joe Twyman, head of political research for the polling firm YouGov. “Two attacks is: ‘Should we have been doing more? Is the government failing us?’ ”

What’s clear, Twyman said, is that May’s gamble in calling the vote has hardly gone according to plan – and that could hurt her in the long run, even if she wins.

“Questions are being asked about her that weren’t being asked before,” he said. “Her image has taken a hit.”