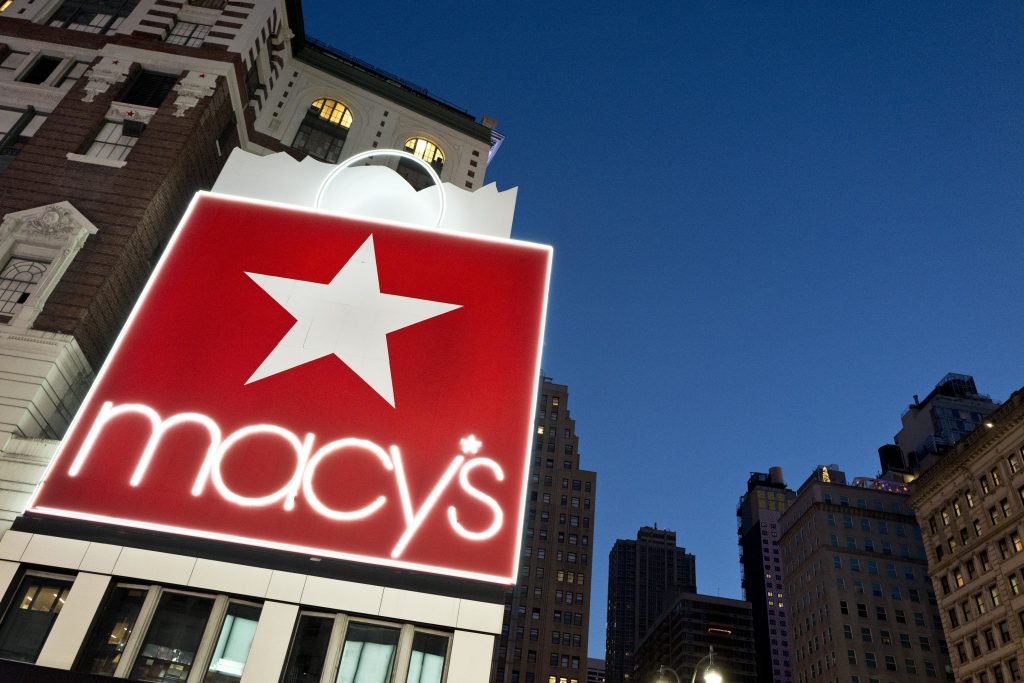 Macy’s has warned investors that its profit margins would keep shrinking this year, sending shares in the chain tumbling more than 8 percent and affecting other department store stocks.

Randal J. Konik, a stock analyst at Jefferies, said the struggling department store chain told analysts at an investor meeting Tuesday that its gross profit margin could be 0.6 percent to 0.8 percent lower than last year.

Konik said in a note that Macy’s is expecting its gross profit margins in the second quarter to be down 1 percent from a year ago.

The warning dragged down shares of other major retailers including J.C. Penney, Nordstrom and Kohl’s. It also underscored the challenges ahead for traditional chains, particularly clothing retailers, which are seeing increasing competition from online leader Amazon and people’s changing preferences away from clothing and more toward experiences.

Under its former CEO Terry Lundgren, who stepped down in March as part of a succession plan, Macy’s was trying to add more exclusives and has been testing new formats like off-price stores. But the efforts haven’t been enough to reverse the declines in customer traffic and the string of quarterly declines for a key sales measure.

With new CEO Jeff Gennette, Macy’s plans to scale back on promotions while aiming to increase the exclusive merchandise it carries to account for about 40 percent of total offerings, up from the current 29 percent. It also plans to work on improving the shopping experience at its stores.

“Although we are encouraged to hear that (Macy’s) has a number of broad-based initiatives, we acknowledge that most of the initiatives are in earlier stages and whether they can turn into real sales drivers is uncertain in the near term,” Brian Tunick, an analyst at RBC Capital Markets, said in a published note.