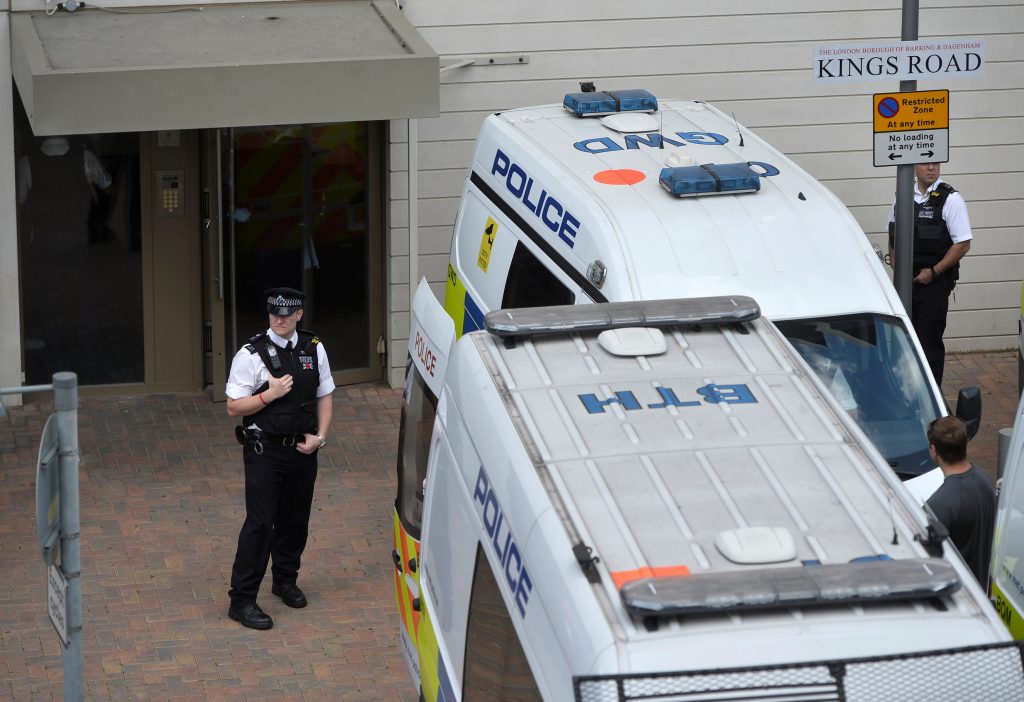 President Donald Trump on Sunday urged the world to stop being “politically correct” in order to ensure security, after three terrorists drove a van into pedestrians and stabbed revelers in London, killing seven.

At least 48 people were injured in the attack, the third to hit Britain in less than three months and occurring days ahead of a snap parliamentary election on Thursday.

“We must stop being politically correct and get down to the business of security for our people,” President Trump wrote on Twitter Sunday morning. “If we don’t get smart it will only get worse.”

He continued: “At least 7 dead and 48 wounded in terror attack and Mayor of London says there is ‘no reason to be alarmed!'”

London Mayor Sadiq Khan – elected last year and the first Muslim to head a major Western capital – had earlier said Britons should not be alarmed to see a higher police presence on the streets of London following the incident.

Earlier, President Trump offered U.S. help to Britain and promoted his controversial travel ban as an extra level of security for Americans.

“Whatever the United States can do to help out in London and the U.K., we will be there – WE ARE WITH YOU. GOD BLESS!” President Trump wrote on Saturday.

President Trump also spoke with British Prime Minister Theresa May to offer condolences and offered Washington’s “full support” in investigating and bringing the perpetrators to justice, the White House said in a statement.

In another tweet on Saturday, President Trump said “We need to be smart, vigilant and tough. We need the courts to give us back our rights. We need the Travel Ban as an extra level of safety!”

The U.S. Department of Homeland Security issued a statement late Saturday saying “At this time, we have no information to indicate a specific, credible terror threat in the United States.”

President Trump’s appeal for his travel ban, which he says is needed to protect Americans from terrorist attacks, followed his emergency request that the Supreme Court reinstate the executive order that would bar people entering the United States from six predominantly Muslim countries.

The U.S. State Department condemned what it called “the cowardly attacks targeting innocent civilians” in a statement, and echoed President Trump’s readiness to provide any assistance that British authorities request.

“All Americans stand in solidarity with the people of the United Kingdom,” State Department spokeswoman Heather Nauert said in the statement.

President Trump was briefed earlier about the London Bridge incident by his national security team, according to White House spokesman Sean Spicer, who said that security officials would continue providing the president with updates.

The State Department also said it was monitoring the situation and advised Americans in Britain to heed the advice of local authorities and maintain their security awareness.

Law enforcement officials in major U.S. cities said they were not aware of any threats but were on alert.

“There is no credible threat or nexus to LA,” the Los Angeles Police Department tweeted. “We ask Angelenos to stay vigilant.”

The New York Police Department’s Counterterrorism Bureau said on Twitter that its critical response teams had been deployed to heavily traveled pedestrian areas.

“Go about your Sat. night, NYPD cops are protecting you” the department’s official account tweeted.

New York Gov. Andrew Cuomo said in a statement he had directed state law enforcement officials to step up security and patrols at high-profile locations, including airports, bridges, tunnels and mass transit systems.

Meanwhile, police made 12 arrests in east London on Sunday in connection with the attack, London’s Metropolitan Police Service said in a statement.

“Officers from the Met’s Counter Terrorism Command have this morning, Sunday 4 June, arrested 12 people in Barking, east London, in connection with last night’s incidents in London Bridge and the Borough Market area. Searches of a number of addresses in Barking are continuing,” the statement said.