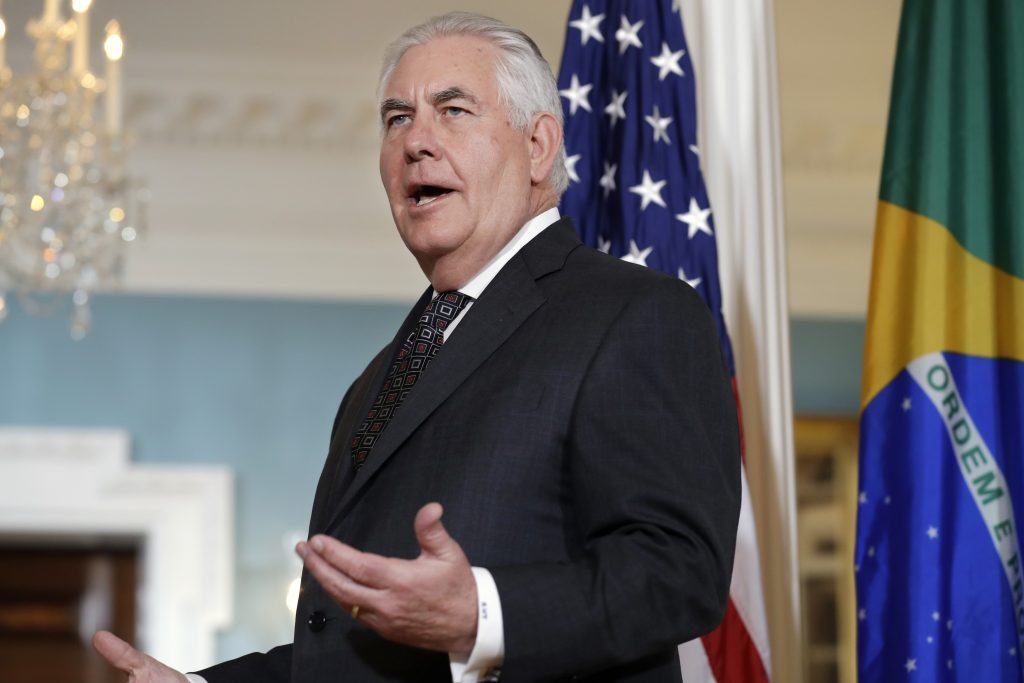 Secretary of State Rex Tillerson downplayed the significance of the U.S. pullout from the Paris climate pact, arguing Friday that America still will continue taking steps to cut heat-trapping pollution.

In his first public comments on President Donald Trump’s move, Tillerson called it a policy decision by the president. Tillerson, a former Exxon Mobil CEO, had urged Trump not to abandon the deal but was ultimately overruled.

Tillerson said people need to recognize that the U.S. has a “terrific record” of reducing its own greenhouse gas emissions, adding that it is “something I think we can be proud of.”

“That was done in the absence of the Paris agreement,” Tillerson said. “I don’t think we’re going to change our effort to reduce our emission in the future, either.”

“So hopefully, people can keep it in perspective,” the secretary added.