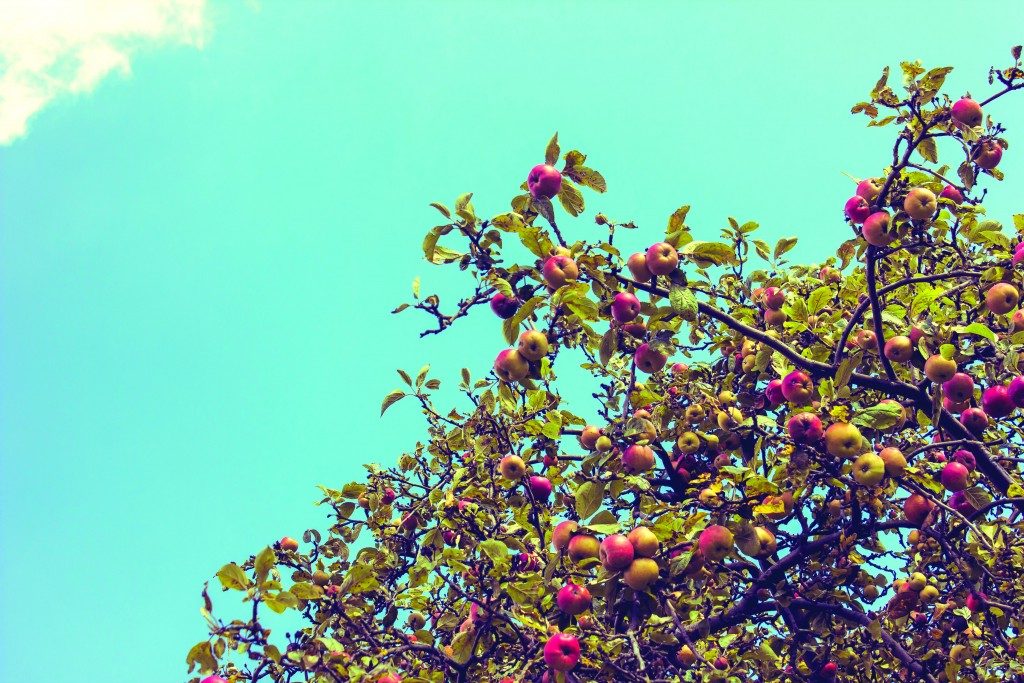 The Yamim Tovim are connected by the Torah to the agricultural growth cycle, as Hashem put into the world a natural rhythm that then becomes an appropriate time for our national spiritual events. Thus spring, the season of blossoming, when seeds break through the “prison” of the soil, is the time for Pesach, the Yom Tov that is spring’s spiritual equivalent: the seed planted by the Avos, which had been trapped and deeply buried in Egypt, now broke free and commenced to blossom.

This parallel between the natural cycle and the Yamim Tovim is elaborated upon in the Gemara (Rosh Hashanah 16a). The Gemara explains that on Pesach we bring the korban omer to pray for the grain we commence to harvest; on Shavuos we offer the shtei halechem to pray for the summer’s fruit; and on Sukkos we do the nissuch hamayim ceremony to pray for the rains to irrigate the new planting for the coming year.

Similarly, the Mishnah tells us that there are four Days of Judgment; three of them connect with the cycle of “nature.” On Sukkos, the amount of rain for the year is decreed, on Pesach, the yield of the grain harvest is determined, and on Shavuos, the fruits of the land are blessed.

Of the three, fruit is an anomaly. We understand water to be essential for life. So is grain, as bread is the most basic of foods. But fruit seems to be in a different category, a luxury of sorts, hardly the stuff of a Yom Hadin.

Actually, even the halachic division of plant life into fruit of the tree and grain of the field is unclear. It seems as if it is an artificial division, without real significance. One can find many other botanical distinctions among growing things.

To get a sense of the Torah perspective, let us take a closer look at the difference between the “tree” model and the “plant” model. The plant is eaten totally by an animal or person. It is in effect one type of material transformed into another. Just as we can chop down a tree and change it into a table, so too we eat a pound of vegetation and manufacture a pound of flesh. It is an interlocking system, a perfect example of what it says in Koheles 1:9: “There is nothing new under the sun.” What was, still is; just its appearance has changed. This is the law of conservation of matter.

But a fruit tree is different. It is not consumed and gone, transformed into something else. It seems to give an endless amount of fruit, many times its mass. It is as if someone tapped into a practically infinite source, and the source keeps pouring out endlessly.

Let us translate this to our most fundamental interaction with our world: eating. Since eating is our primary need, we can either gain the sense that we are self-sustaining, i.e., recycling the material world; or on the contrary, that we are tapping into the infinite, and that is how we are sustained.

The snake, after the sin, was demoted to eating earth, meaning that it was reduced “material to material.” Man, while in the ideal environment of Gan Eden, ate of all the trees of the Garden, but once he sinned he was demoted to eating grains grown in the earth. No longer does he tap into the “infinite and unlimited.” He pours his sweat into the ground, and that is returned to him as food.

This is a description of the physical interplay of man and the world. This also has a parallel in the world of avodas Hashem.

Mitzvos are the conversion of physical objects to spiritual entities. Thus a k’zayis of matzah is a defined physical object; it creates a certain [temporary] spiritual effect (see Sotah 21a); and it has clearly defined limits.

Not so Torah. Torah is not an object. The Beraisa that we say every morning after birchos haTorah lists two major qualities of Torah: Firstly, it has no boundaries; secondly, while one eats its “fruit” in this world, the “tree” remains for us in the World to Come. Although other mitzvos share something of these qualities, the study of Torah outweighs them all.

The Gemara (Kiddushin 40b) weighs studying Torah versus performing mitzvos and concludes that study is greater, for “study leads to action.” When a person studies Torah, he is developing a mindset and an understanding that will continue to have an effect on him long after he has closed the sefer.

This is the rationale for some yeshivos to focus the bachurim on learning, more than on the specifics of their exactitude in mitzvos. It is like a person preferring modest investments over a larger cash bonus, anticipating that the fruits the investment will eventually yield are far more than the one-time bonus.

Shavuos marks a Yom Hadin when it is decided if we are to remain trapped in a world that feeds on itself, a closed world that struggles to see something beyond itself — or if we will be connected to awareness of the constant input of the Divine.