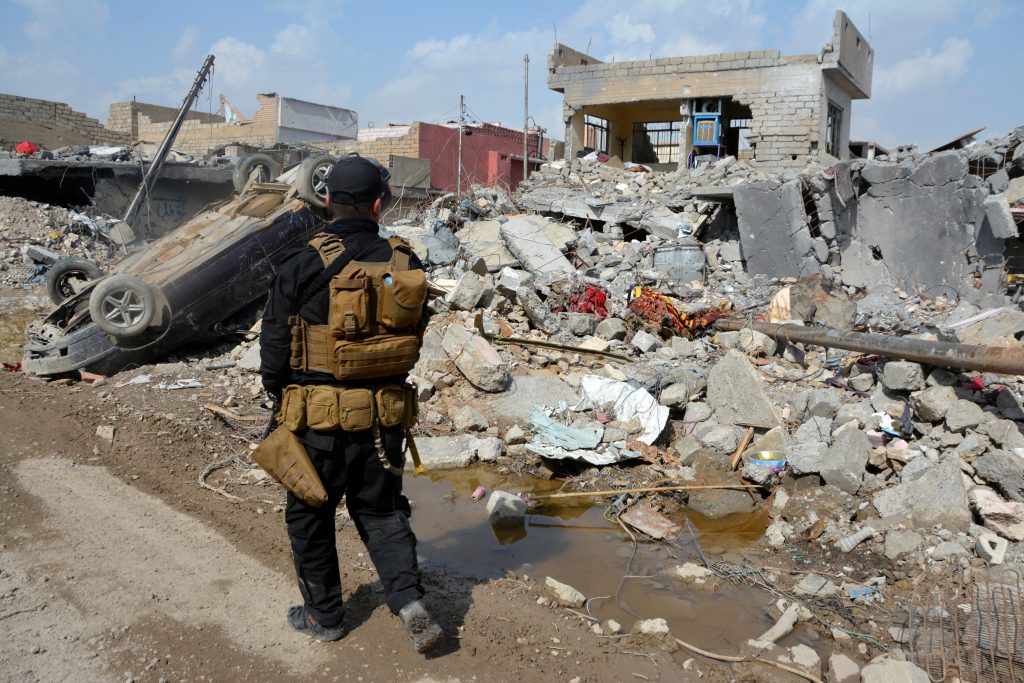 The United States acknowledged Thursday that bombing an Iraqi building in March set off a series of Islamic-State planted explosives, resulting in more than 100 civilian deaths and underscoring the difficulty of rooting out the terrorist group’s fighters from its remaining urban strongholds.

The bomb dropped on a building in the city of Mosul set off explosive materials that IS terrorists had already been placed inside, causing the structure to collapse, the Pentagon said in describing the conclusion of a two-month investigation. The civilians inside were seeking refuge.

The bombing led to the largest single incident of civilian deaths in the nearly 3-year-old campaign. And it illustrates the difficult urban fight U.S. and coalition forces are encountering, including what U.S. officials describe as IS terrorists deliberately enticing attacks on buildings where they’ve staged explosives and know civilians are inside. The civilians either enter unwittingly or are forced in and locked up.

The battle for Mosul is key to eliminating IS from Iraq. But it has grown riskier for civilians as the battleground shrinks in the highly populated older section of the city. Humanitarian officials have predicted civilian casualties would spike as more than 400,000 civilians were trapped in the city’s west. A similar scenario could emerge in IS’ self-declared capital of Raqqa, Syria, which U.S.-backed militia are expected to start trying to retake soon.