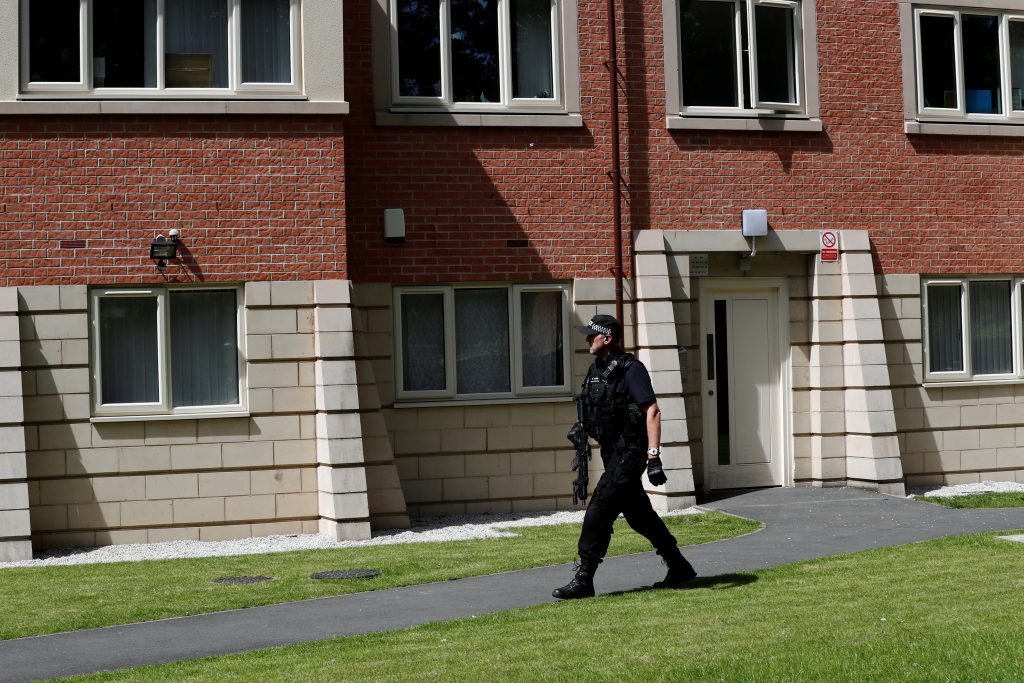 British police arrested a 23-year-old man, raided a property in southern Manchester and carried out a controlled explosion in another part of the city on Tuesday in a fast-moving investigation into a suicide bombing at a pop concert.

Twenty-two people were killed, including children, and dozens were wounded in the attack claimed by the Islamic State terror group. The blast occurred just at the end of a concert in central Manchester.

Greater Manchester Police gave no further details about the arrest but said they had executed warrants in the districts of Whalley Range and Fallowfield, where a controlled explosion took place.

Mussab Amari, an onlooker, said he saw lots of police cars and vans. “They just came in and surrounded everywhere. Everyone was armed.”

One resident who has lived in the block for a year said: “A variety of people live here: Arabs, English, Kurds, from lots of different nationalities.”

“I think all of them have families,” said the man, who declined to be named.