World Mexico Warns on NAFTA Sourcing: ‘Don’t Shoot Ourselves in the Foot’
World 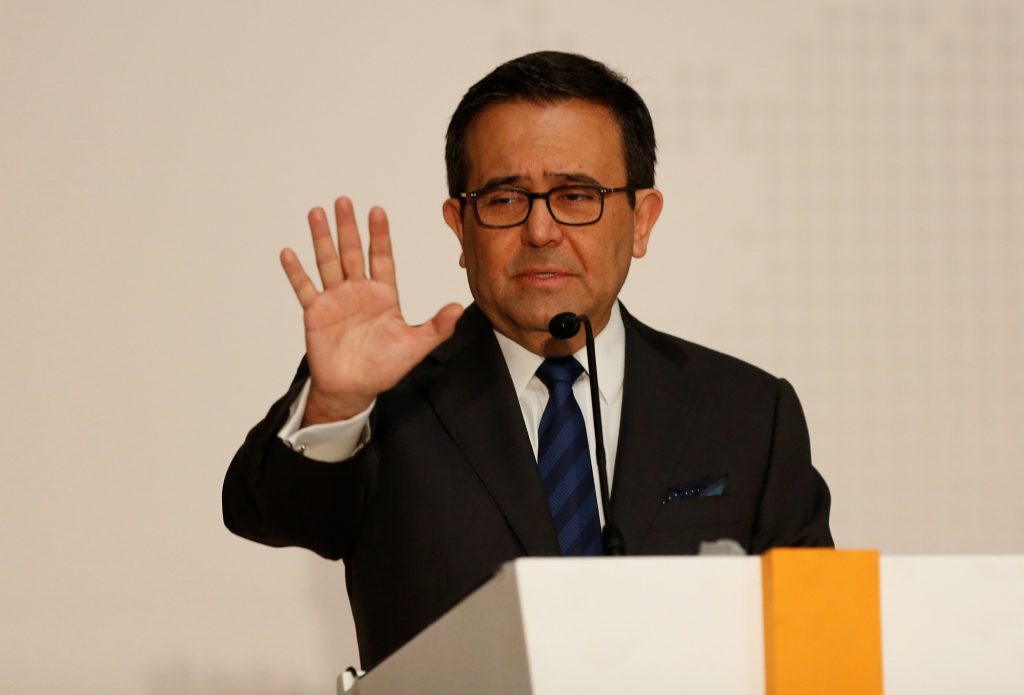 Mexico’s economy minister on Tuesday sounded a note of caution to the three countries involved in NAFTA trade negotiations, saying they should be careful not to adjust rules on local sourcing of parts too much, or risk driving business elsewhere.

Speaking at an event in Mexico City with Canada’s Minister of Foreign Affairs Chrystia Freeland, Mexican Economy Minister Ildefonso Guajardo said Mexico was not opposed to revising so-called rules of origin – which stipulate that products must meet minimum NAFTA-wide content requirements to be tariff-free.

But he warned that Mexico, the United States and Canada could “shoot ourselves in the foot” if they tweak rules too much and drive investment elsewhere.

Under these rules, manufacturers must obtain a minimum percentage of components for their products from Canada, Mexico or the United States.

U.S. President Donald Trump has threatened to leave the North American Free Trade Agreement if it cannot be reworked in favor of U.S. workers, and his administration last week set the clock toward a mid-August start of renegotiation in a letter to the U.S. Congress.

Mexico sends the vast majority of its exports north to the United States, and local officials view the trilateral treaty as a lynchpin of their economy.

Mexican officials have said that stricter rules of origin in some industries could be one way for companies in North America to use more regional content, supporting Mr. Trump’s plan to create more U.S. manufacturing jobs.

But Guajardo warned that other industries would suffer and maybe move if new rules were too strict, and he urged U.S. companies that make inputs for finished goods to lobby their government.

On Monday, the head of Mexico’s automakers’ association told Reuters that the auto industries of the three NAFTA nations agreed there should be no changes to current rules of origin.

Guajardo also said it was key for Mexico, the United States and Canada to set clear goals early before starting what are likely to be “roller coaster” NAFTA talks, with days of good and bad news.

Later, in a separate panel discussion alongside Mexican Foreign Minster Luis Videgaray, Canada’s Freeland said it was “common sense” for NAFTA talks to include all three countries at the same time rather than bilateral negotiations that some U.S. officials favor.

U.S. Trade Representative Robert Lighthizer said on Sunday that the United States favors bilateral over multilateral trade deals, though he said last week that NAFTA talks would be trilateral.

Videgaray agreed, saying it would be hard to reconcile the frameworks of NAFTA in bilateral deals.