General Venezuelans Are Hungry, But Farmers Can’t Feed Them 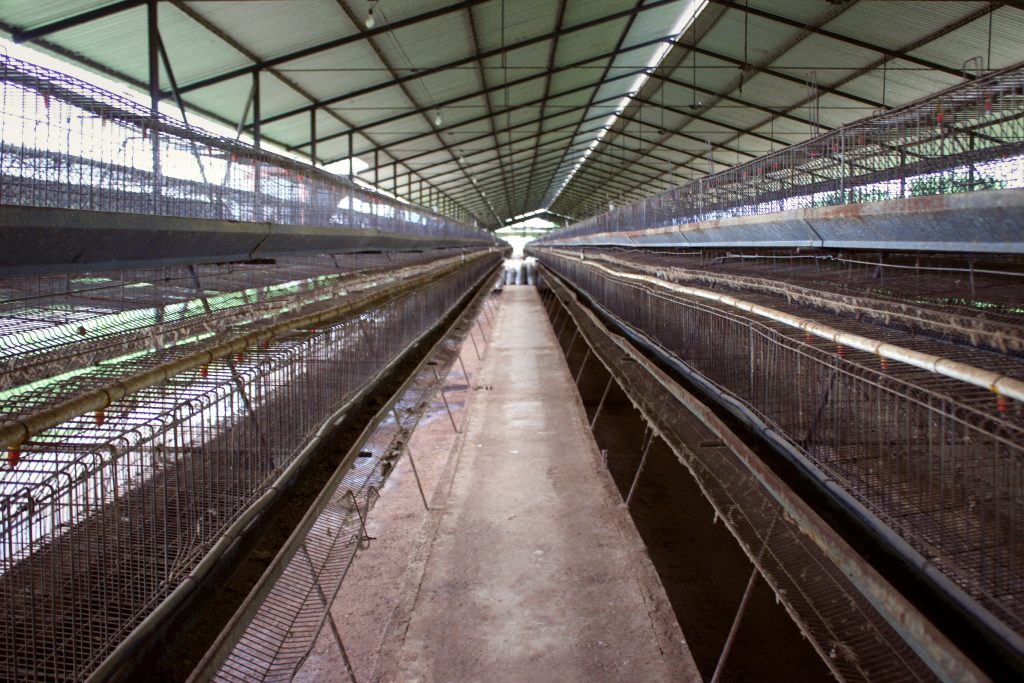 With cash running low and debts piling up, Venezuela’s socialist government has cut back sharply on food imports. And for farmers in most countries, that would present an opportunity.

But this is Venezuela, whose economy operates on its own special plane of dysfunction. At a time of empty supermarkets and spreading hunger, the country’s farms are producing less and less, not more, making the caloric deficit even worse.

Drive around the countryside outside the capital, Caracas, and there’s everything a farmer needs: fertile land, water, sunshine and gasoline at 4 cents a gallon, cheapest in the world. Yet somehow families here are just as scrawny-looking as the city-dwelling Venezuelans waiting in bread lines or picking through garbage for scraps.

Having attempted for years to defy conventional economics, the country now faces a painful reckoning with basic arithmetic.

Several of his cavernous henhouses sit empty because, Escobar said, he can’t afford to buy more feed. Government price controls have made his business unprofitable, and armed gangs have been squeezing him for extortion payments and stealing his eggs.

Venezuela’s latest public-health indicators confirm that the country is facing a dietary calamity. With medicines scarce and malnutrition cases soaring, more than 11,000 babies died last year, sending the infant mortality rate up 30 percent, according to Venezuela’s Health Ministry. The head of the ministry was fired by President Nicolás Maduro two days after she released those statistics.

Child hunger in parts of Venezuela is a “humanitarian crisis,” according to a new report by the Catholic relief organization Caritas, which found 11.4 percent of children under the age of five suffering from moderate to severe malnutrition, and 48 percent “at risk” of going hungry.

The protesters who have been marching in the streets against Maduro for the past seven weeks scream, “We’re hungry!” as riot police blast them with water cannons and tear gas.

In a recent survey of 6,500 Venezuelan families by the country’s leading universities, three-quarters of adults said they lost weight in 2016 — an average of 19 pounds. This collective emaciation is referred to dryly here as “the Maduro diet,” but it’s a level of hunger almost unheard-of outside war zones or areas ravaged by hurricane, drought or plague.

Venezuela’s disaster is man-made, economists point out — the result of farm nationalizations, currency distortions and a government takeover of food distribution. While millions of Venezuelans can’t get enough to eat, officials have refused to allow international aid groups to deliver food, accustomed to viewing their oil-rich country as the benefactor of poorer nations, not a charity case.

“It’s not only the nationalization of land,” said Carlos Machado, an expert on Venezuelan agriculture. “The government has made the decision to be the producer, processor and distributor, so the entire chain of food production suffers from an inefficient agricultural bureaucracy.”

With Venezuela’s industrial output crashing, farmers are forced to import feed, fertilizer and spare parts, but they can’t do so without hard currency. And the government has been hoarding the dollars it earns from oil exports to pay back high-interest loans from Wall Street and other foreign creditors.

Escobar said he needs 400 tons of high-protein imported animal feed every three months to keep his operation running, but he’s able to get only 100 tons. So, like many others, he’s turned to the black market. But he can only afford a cheaper, less nutritious feed, meaning that his hens are smaller than they used to be — and so are their eggs.

Venezuela has long relied on imports of certain foodstuffs, such as wheat, that can’t be grown on a large scale in the country’s tropical climate. But trade statistics show that the land reform policies of the late Hugo Chávez, Maduro’s predecessor, made Venezuela more dependent on imported food than ever.

When oil prices were high, that wasn’t a big problem. Now Venezuela’s blend of heavy crude is worth barely $40 a barrel and the country’s petroleum output is at a 23-year low, in part because refineries and pipelines are breaking down and investment in new infrastructure isn’t keeping pace.

The government hasn’t published farming data in years. But Machado, the agriculture expert, said annual food imports averaged about $75 per person until 2004, then soared after Chávez accelerated the nationalization of farms, eventually seizing more than 10 million acres. The government expropriated factories, too, and Venezuela’s domestic food production plummeted.

By 2012, annual per capita food imports had increased to $370, but since then, oil prices have slumped and imports have dropped 73 percent.

Instead of spurring growth in domestic agriculture, the government has strangled it, farmers say. Domestic production of rice, corn and coffee has declined by 60 percent or more in the past decade, according to Venezuela’s Confederation of Farmer Associations (Fedeagro), a trade group. Nearly all of the sugar mills nationalized by the government since 2005 are paralyzed or producing below capacity.

Only a small, well-off minority of Venezuelans can afford to buy much food on the black market, where a pound of rice imported from Brazil or Colombia sells for about 6,000 bolivars. That’s roughly $1 at the black-market exchange rate, but for an ordinary Venezuelan worker it’s an entire day’s wage, because the bolivar has lost 99 percent of its value in the past five years.

Venezuelans who don’t have access to hard currency depend on government-subsidized groceries doled out by pro-Maduro neighborhood groups, or wait in supermarket lines for rationed, price-capped items. Those who join anti-government protests have been threatened with losing their food supplies.

The price controls have become a powerful disincentive in rural Venezuela. “There are no profits, so we produce at a loss,” said one dairy farmer in the state of Guarico, who spoke on the condition of anonymity because he feared retaliation from authorities. To get a new tractor, he said, he would have to spend all the money he earns in a year. “It’s a miracle that the industry is still alive,” he said.

Four of his cows were stolen this month, probably by hungry families in the nearby village, he said.

According to Vicente Carrillo, the former president of Venezuela’s cattle ranchers’ association, the overall size of the country’s herd has dropped in the past five years from 13 million head to about 8 million.

Carrillo sold his ranch more than a decade ago, tired of threats from squatters and rural activists who accused him of being an exploitative rural capitalist. His family had owned the land for more than a century. “I dedicated more than 30 years of my life to this business, but I had to leave everything behind,” he said.

Escobar, the farmer, said that the only way for farmers to remain in business today is to break the law and sell at market prices, hoping authorities look the other way.

“If I sold at regulated prices, I wouldn’t even be able to afford a single kilogram of chicken feed,” he said.

If it’s not a fear of the government that keeps Escobar awake at night, it’s criminal gangs. Since one of his delivery trucks was robbed in December, he has been forced to make “protection” payments to a mafia boss operating out of the local prison. Every Friday, three motorcycles stop by the farm to pick up an envelope of cash, he said. Calling the police would only escalate the danger.

“I know how to deal with [animals],” Escobar said, “but not criminals.”