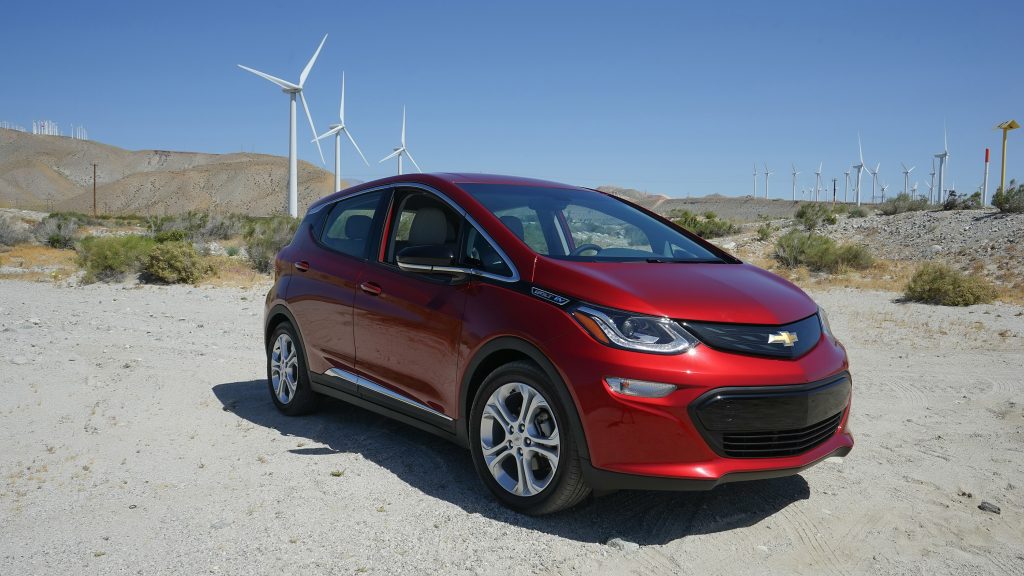 Sales of new cars and trucks in California inched forward in the first three months of the year, and the electric-vehicle market made some healthy improvement.

“It’s a credit to all the various factors that are making California’s economy continue to grow,” said Brian Maas, president of the California New Car Dealers Assn., the Sacramento trade group that released its quarterly report this week.

While new-vehicle registrations fell 1.4 percent nationally in January through March, California dealers experienced a 0.7 percent increase in registrations, putting the state on the path for another year of sales exceeding 2 million vehicles.

In the same time frame, 4.8 percent of new vehicles registered in the Golden State were zero-emission vehicles and plug-in hybrids, the highest share ever recorded.

Nearly 14,000 electric vehicles, or EVs, were bought in the state, raising their market share to 2.7 percent, up from 2.2 percent in the previous quarter and from 1.4 percent in the year-earlier quarter.

Part of the boost in EV registrations is attributed to the debut of the Chevrolet Bolt, an all-electric car that can go about 200 miles between charges. With a list price of $30,000, not including government tax credits and rebates, the Bolt has been promoted as an EV for the masses.

In its first quarter in the dealers association rankings, the Bolt recorded 2,735 registrations in California, good enough for fourth place in the subcompact division, finishing behind the Nissan Versa, the Kia Soul and the Toyota Yaris.

“Having a product like the Chevy Bolt available, I think that helps broaden the type of consumer that is interested in purchasing a plug-in or a zero-emission vehicle,” Maas said.

Jeremy Acevedo, pricing and industry analyst for Edmunds.com, also pointed to a rise in deliveries from Tesla, whose Model X was beset by production delays in the first quarter of 2016.

“When you look at those two vehicles (the Bolt and the Model X), they’re definitely impactful releases in a segment that is drawing a lot more customers here in California,” Acevedo said.

Registrations of Telsa vehicles in the state leaped 61.7 percent compared with the first quarter of last year.

The bestselling vehicle overall in California in the first quarter was the Honda Civic, followed by the Honda Accord and the Toyota Camry.

As a point of reference, the Civic alone (21,141 registrations) nearly equaled the total across every brand for all new EVs and plug-ins (24,270).

Maas attributed the trend to multiple factors. “People like riding a little bit higher. I think they like the utility of an SUV; you can put more stuff in the back,” he said. “And when gas prices are relatively low, your No. 1 criterion probably is not (miles per gallon) and then you’ll take a closer look at the SUV class opposed to passenger sedans.”

Acevedo said the numbers for the U.S. and California should remain stable, however.

“It has been seven years of continued growth for the industry, coming out of the recession,” Acevedo said. “The industry is leveling off at these relative highs. We’re not expecting a dramatic falloff or heading over a cliff.”