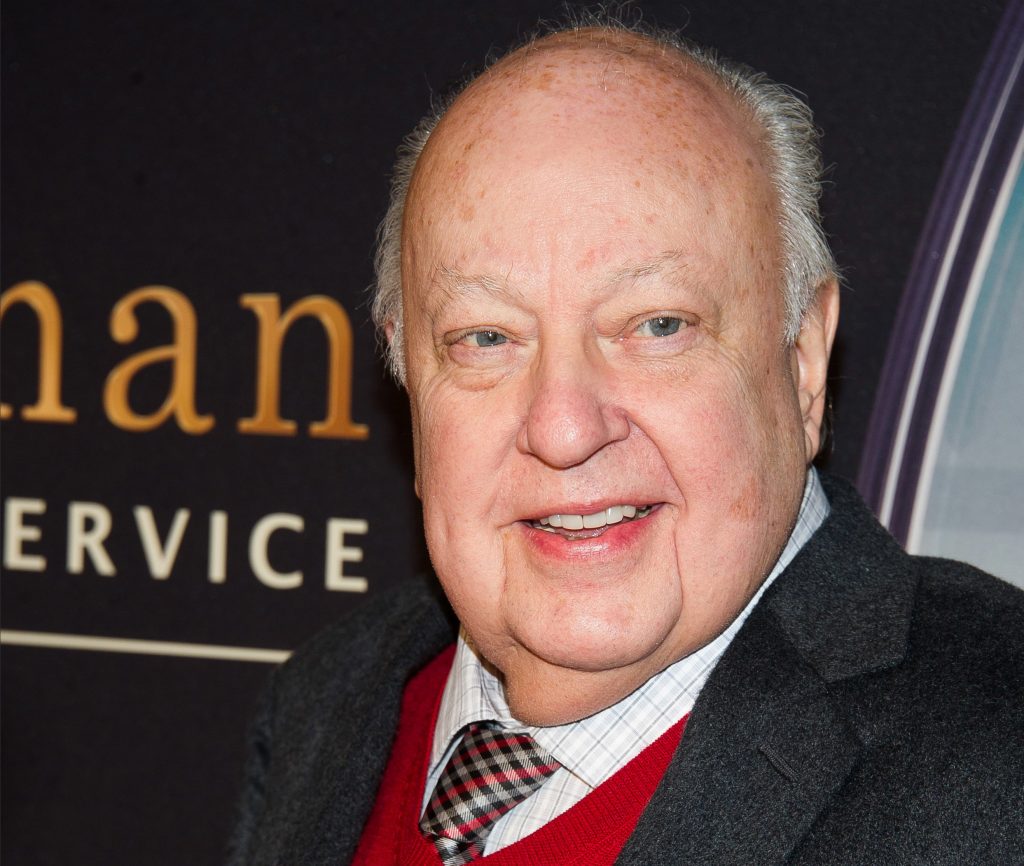 “I am profoundly sad and heartbroken to report that my husband, Roger Ailes, passed away this morning,” his wife, Elizabeth Ailes, said in a statement. “Roger was a loving husband to me, to his son Zachary, and a loyal friend to many. He was also a patriot, profoundly grateful to live in a country that gave him so much opportunity to work hard, to rise — and to give back.”

Ailes died after a fall at his Palm Beach home on May 10 caused bleeding on the brain, the Palm Beach County Medical Examiner’s Office said. Ailes fell in his bathroom, hit his head and was bleeding profusely.

The former Fox News chairman was credited with turning the news channel into a ratings powerhouse over his 20 years at the helm.

“No one did more to change the media landscape than Roger Ailes, but no media executive did more to divide America,” said Joe Peyronnin, a former network news executive who worked for Fox before Ailes was hired to launch the news channel. “Ailes had a clear vision for an alternative news channel in 1996, and by rigorously managing its conservative content, he build the most powerful and profitable news brand in the world. Ailes was a brilliant TV executive who saw an opportunity two decades ago to build a conservative news source and seized it, and then with his singular and rigid focus he succeeded beyond even his wildest dreams.”

Some former colleagues on Thursday praised his contributions and place in history.

“Today America lost one of its great patriotic warriors. Roger Ailes. For Decades RA’s has impacted American politics and media,” tweeted Fox News host Sean Hannity. “He has dramatically and forever changed the political and the media landscape singlehandedly for the better. Neither will ever be the same again as he was a true American original.”

“Many people out there would say he saved this country by starting the Fox News Channel,” said has Ainsley Earhardt.

At the time of Ailes’ resignation, Rupert Murdoch, who had long been a staunch Ailes supporter had this to say:

“Roger Ailes has made a remarkable contribution to our company and our country. Roger shared my vision of a great and independent [media] organization and executed it brilliantly over 20 great years. Fox News has given voice to those who were ignored by the traditional networks and has been one of the great commercial success stories of modern media.”

Ailes made his early reputation as a strategist and media adviser to Republican political candidates, beginning with Richard M. Nixon and including Presidents Reagan and George H.W. Bush. His behind-the-scenes work to shape a more appealing TV image for Nixon during his successful 1968 presidential campaign was chronicled in a bestselling book by Joe McGinniss.

On Thursday, George H.W. Bush tweeted, “ … Roger Ailes was my friend & I loved him. Not sure I would have been President w/o his great talent, loyal help. RIP.”

During his earlier days as a political consultant, Ailes was a sought-after debate coach, working with Reagan in 1984 and readying then-Vice President Bush for his presidential debates with Gov. Michael S. Dukakis of Massachusetts in 1988.

In his 2014 book on Ailes, Gabriel Sherman described Ailes’ role in preparing Reagan for his second debate with then-Vice President Walter F. Mondale in 1984. Ailes asked Reagan, then in his early 70s, how he would handle being asked about his age.

Reagan’s answer during the debate was memorable: “I will not make age an issue of this campaign,” he said. “I am not going to exploit for political purposes my opponent’s youth and inexperience.”