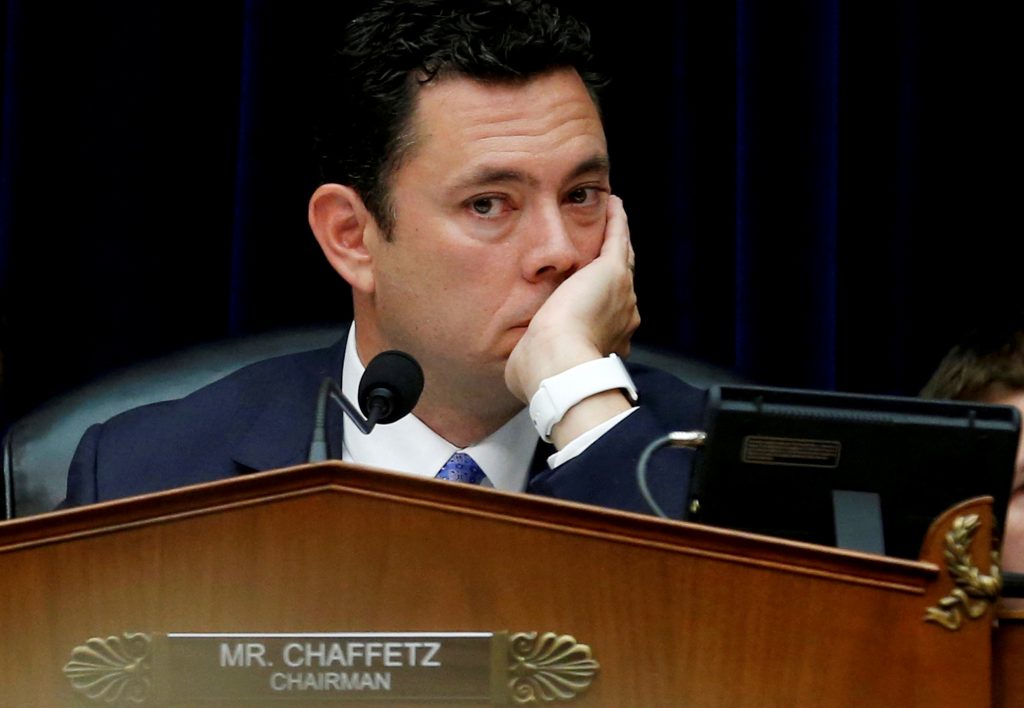 U.S. Rep. Jason Chaffetz said Thursday he will resign from Congress next month, a move that calls into question the future of the House Oversight Committee’s investigation of President Donald Trump and his campaign’s ties with Russia.

Chaffetz, a Republican, said in a letter sent to media and constituents that his last day will be June 30.

The statement does not mention the investigation he is overseeing the oversight committee chair into President Trump’s firing of FBI Director James Comey and the Trump campaign’s role in Russia’s alleged efforts to meddle in the 2016 presidential election.

Chaffetz had demanded that the FBI hand over memos and notes that ex-FBI Director James Comey reportedly compiled after meetings and phone calls with Mr. Trump.

Chaffetz said last month that he would not seek re-election in 2018 and that he was considering leaving office early.

Chaffetz said in the letter he wants to spend time with his family, return to the private sector and possibly run for Utah governor.

Earlier this week, Chaffetz tweeted that he had invited Comey to testify at a hearing set for next week.

Comey was fired last week as the FBI was investigating whether Mr. Trump’s presidential campaign associates had colluded with Russia to influence the outcome in his behalf.

Chaffetz vowed to get the memos Comey wrote about his meeting with the president in which the president allegedly asked him to shut down the FBI investigation into ousted National Security Adviser Michael Flynn.

“If this memo exists, I need to see it right away,” Chaffetz told The Associated Press in a phone interview earlier this week, adding, “If we need a subpoena, we’ll do it.”

In his resignation letter, Chaffetz said he turned 50 in March and “the reality of spending more than 1,500 nights away from my family over eight years hit me harder than it had before.”

He is planned to speak with reporters at his home south of Salt Lake City later Thursday afternoon.