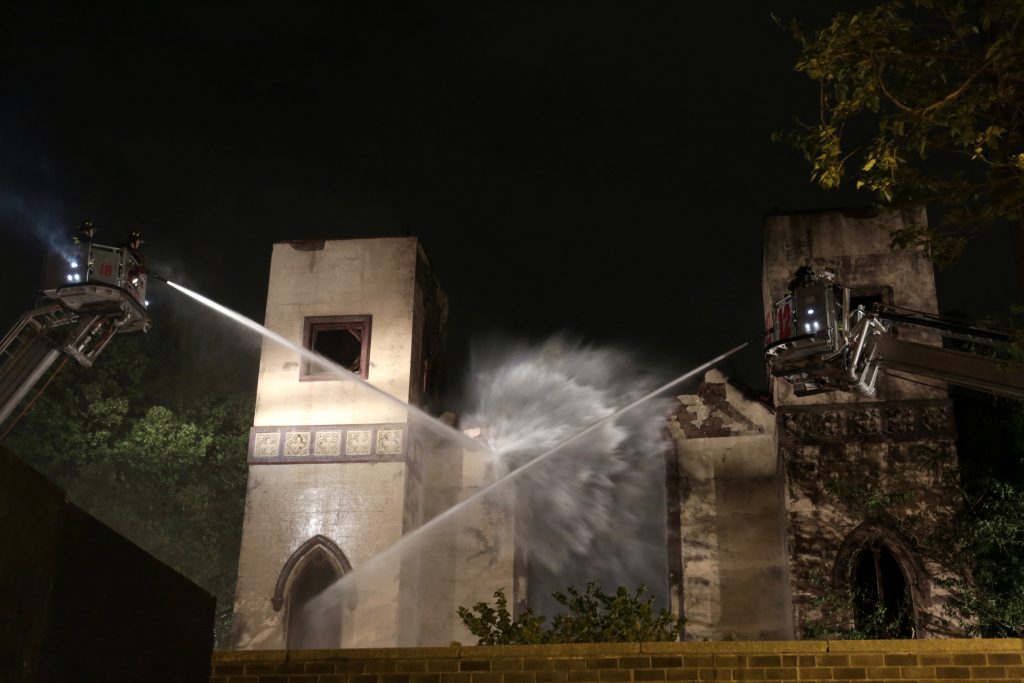 A 14-year-old boy has been arrested in connection with the fire that destroyed the Lower East Side’s historic Bais Medrash Hagadol.

Rabbi Mendel Greenbaum, who led the congregation until it ceased operations in 2007, told Hamodia that initial reports suggest that the motivation was little more than mischief.

“It’s a good thing that he was caught and that we know it was not a hate crime,” he said. “There is no happy closure to such a sad story, but we hope that [the suspect] can still straighten out his life.”

No information has been released regarding others apparently seen fleeing the site at the time of the fire. The NYPD announced Wednesday morning that the suspect is being held for arson. His name has not been released as is standard practice with juveniles, but reports say he lived in close proximity to the shul. Rabbi Greenbaum said that neighbors had witnessed the group of teenagers going in and out of the premises for the past few weeks.

The fire that engulfed the entire building and caused its roof to collapse took nearly three hours to extinguish. No sifrei Torah or other sefarim were damaged, as they had been removed when the building was shuttered nearly 10 years ago.

The building has landmark status for its unique gothic architecture and importance to the city’s Jewish history. It was built in 1850 and converted to a shul by a group of Russian Jews in 1885. It was the rabbinical seat of Harav Yaakov Joseph, zt”l, New York’s only Chief Rabbi, and more recently was led by Harav Ephraim Oshry, zt”l. At its peak, Bais Medrash Hagadol had well over 1,000 members.