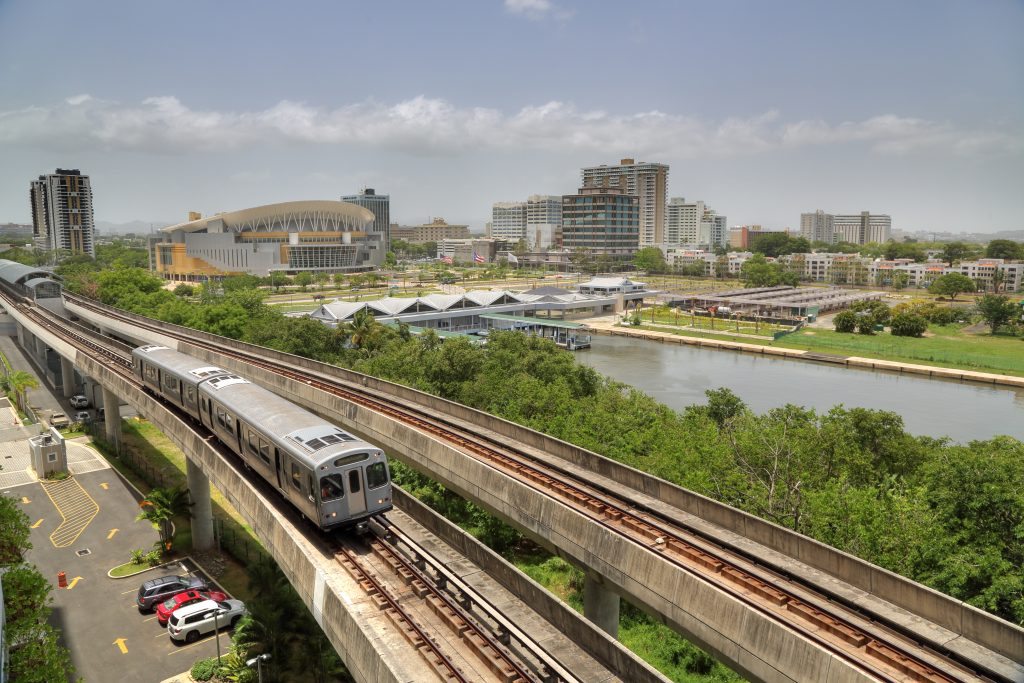 The gleaming commuter train in San Juan, Puerto Rico, seemed like a coup – the kind of big-ticket item many U.S. cities can only dream of.

More than a decade on, the Tren Urbano is a monument to the folly, bloat and abuse that finally bankrupted Puerto Rico. Despite years of planning, it sells only a third of the rides it needs to, and loses roughly $50 million a year. The cost so far: $2.25 billion, $1 billion more than planned.

That, in a nutshell, is Puerto Rico’s story. With Wall Street’s help, the U.S. commonwealth borrowed tens of billions in the bond markets, only to squander much of it on grand projects, government bureaucracy, everyday expenses and worse. Debts were piled on debts, even as the economy gave way.

Long before the island’s government this month sought protection from creditors in America’s largest municipal insolvency, many on the island wondered where all the money was going. Officially, no one knows for sure: Puerto Rico hasn’t filed audited financial statements since its 2014 fiscal year.

Over the past decade or so, bonds were issued by no fewer than 18 government entities, run by a merry-go-round of appointees that changed every four years when a new governor was elected. Bonds helped pay for schools and hospitals, public parks and government buildings, small-town baseball fields and modern stadiums. Bonds were sold to pay salaries, plug budget deficits and fund public pensions. Since 2006, the commonwealth’s outstanding debt has almost doubled.

“Now the backlash has come,” said Emilio Pantojas-Garcia, a sociology professor at the University of Puerto Rico, Rio Piedras. Like many people here, he points to the shifting cast of profligate politicians.

Blame is the one thing in surplus. In 1999, when Puerto Rico had an investment-grade credit rating, the island had roughly $16 billion of public debt. Today that figure is $74 billion and the rating is junk. Puerto Rico, where half the 3.4 million inhabitants live in poverty, has become America’s Greece: Thousands of people, many of them professionals, are fleeing for the U.S. mainland.

Puerto Rico’s borrowing was turbocharged because its debt is exempt from local, state and federal taxes everywhere in America. Mutual funds snapped up the bonds, which paid high yields because of their riskiness.

Following the money isn’t easy. Puerto Rico has no central office overseeing how bond proceeds are spent. Cash disbursements, as the commonwealth delicately puts it, are a “manual and subjective process.” In recent years, executives of two separate agencies, the highway authority and the water authority, pleaded guilty to bribery charges.

Here’s a rough breakdown. More than $13 billion of general-obligation bonds backed by the commonwealth’s full faith and credit were supposed to finance public works like schools and hospitals.

Roughly $17.6 billion of bonds backed by sales taxes covered budget deficits and replaced old debt with new. Almost $14 billion was issued by the water and electric utilities. And about $3 billion was sold to fund public pensions, though analysts estimate half of that went to cover current expenses instead.

The government comptroller, Yesmin Valdivieso, has a staff of more than 500 to track public finances and audit agencies. She says that isn’t enough. A review of the University of Puerto Rico’s 11 campuses, for example, spawned 55 reports from her office over six years.

The university, which owes $496 million, spent $80 million on an Oracle Corp. database that didn’t work, Valdivieso said, though university officials have said the system may yet be implemented. A single security booth at the Rio Piedras campus cost $120,000, more than many Puerto Ricans’ homes.

Some expenditures were hopeful investments, but expectations for big projects like the urban train were often overblown.

The infrastructure agency Prifa spent $41 million on a 1,000-seat performing-arts center in Humacao, a city of 60,000 on the east coast.

In an effort to boost the economy of Mayaguez, in the island’s relatively poor west, officials looked to the 2010 Central American and Caribbean Games. Prifa issued $470 million in bonds backed by rum taxes to help finance a 13,000-seat arena, an aquatic complex and 10,500-seat stadium.

Prepa, the electric utility, has amassed $9 billion in debt but has little to show for it. It relies on two oil-based power plants built in the 1960s. Outages are common.

To lower costs, Prepa borrowed $85 million to construct pipelines for cheap natural gas. The projects were abandoned because of local opposition.

But outlays for physical assets are overshadowed by corrosive debt for deficits and operations. Borrowing to finance infrastructure, like bridges and sewers, with long-term benefits is appropriate, said Mark Joffe, principal consultant with Public Credit Sector Solutions in San Francisco. Borrowing for everyday expenses isn’t.

“To run efficiently, it would have to move like 100,000 people a day,” said Valdivieso, the comptroller. It moves about a third of that.

As the train zoomed on a recent Tuesday between the suburb of Bayamon and San Juan, it paused at sleek stations with purple and metallic finishes. Doors opened and closed, but few passed through them.