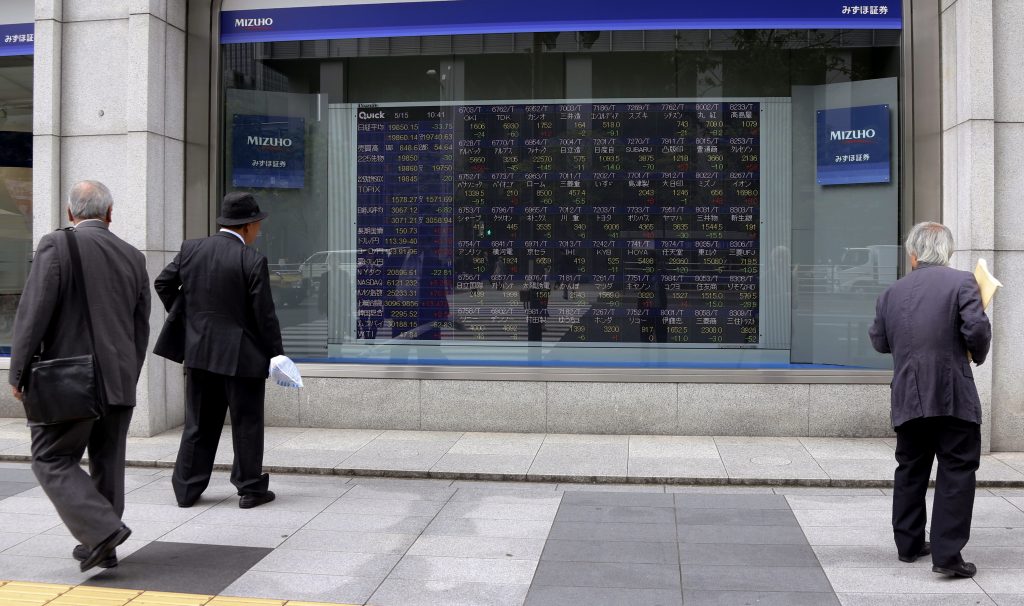 Resilient Asian stocks edged up to a two-year high on Monday, shaking off threats from a ransomware attack that locked some 200,000 computers in more than 150 countries at the weekend, from a missile test by North Korea, and from weak U.S. data.

Oil prices jumped after Saudi Arabia’s energy minister and Russia’s oil minister said at a joint briefing in Beijing that they agreed output cuts should be extended to March 2018.

MSCI’s broadest index of Asia-Pacific shares outside Japan rose 0.3 percent to its highest level since June 2015.

The weekend cyberattack, which slowed down after a security researcher stumbled on a way to at least temporarily limit the worm’s spread, was expected to speed up on Monday when employees returning to work turned on their computers.

But with little evidence of widespread disruption in the region on Monday, and governments and businesses taking precautions to contain the impact, investors appeared unalarmed, at least for now.

“We are seeing safe havens bid a little higher. Certainly contributing to this was the launch of another missile test by North Korea over the weekend,” he added. “The Korean won has weakened, which may suggest the test has traders a little on edge.”

North Korea said on Monday it had successfully tested a newly developed mid-to-long range missile on Sunday aimed at verifying its capability to carry a “large-scale heavy nuclear warhead.” The missile landed in the sea 60 miles south of Russia.

South Korea’s military said it needs further analysis on the North’s claim of technical advancement and that the possibility of the isolated nation mastering missile re-entry technology is low.

North Korea is believed to be developing an intercontinental ballistic missile (ICBM) capable of carrying a nuclear warhead and reaching the U.S. mainland.

U.S. Treasury yields dropped to 2.292 percent, building on Friday’s loss when they ended at 2.333 percent, down from Thursday’s close of 2.4 percent and their biggest one-day drop in more than three weeks.

Australian shares were down 0.2 percent.

On Friday, the S&P 500 and the Dow Jones Industrial Average closed lower after growth in retail sales and consumer prices missed expectations, and worries deepened over the health of department stores after weak earnings reports.

The dollar index, which tracks the greenback against a basket of major trade-weighted peers, pulled back 0.1 percent to 99.151.